Samuel Moore married Elizabeth Longworth on December 29, 1888, at St.  James Church in Chorley. The emigrated with their two daughters to Canada. 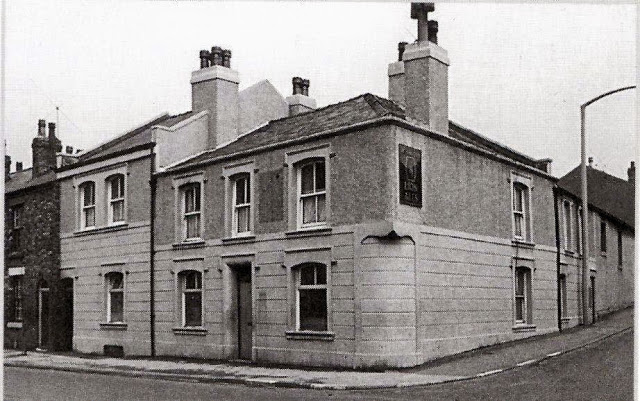 Samuel married Elizabeth Longworth on December 29, 1888, at St. James Church in Chorley (the church was built approximately ten years prior).

At the time of the marriage, both Samuel and Elizabeth’s occupation was “Weaver”, with John living at 23 Cavendish Street and Elizabeth living at just up the street at 253 Lyons Lane. The wedding was witnessed by Elizabeth’s sister Isabella and John Moore, likely a relative of Samuel. 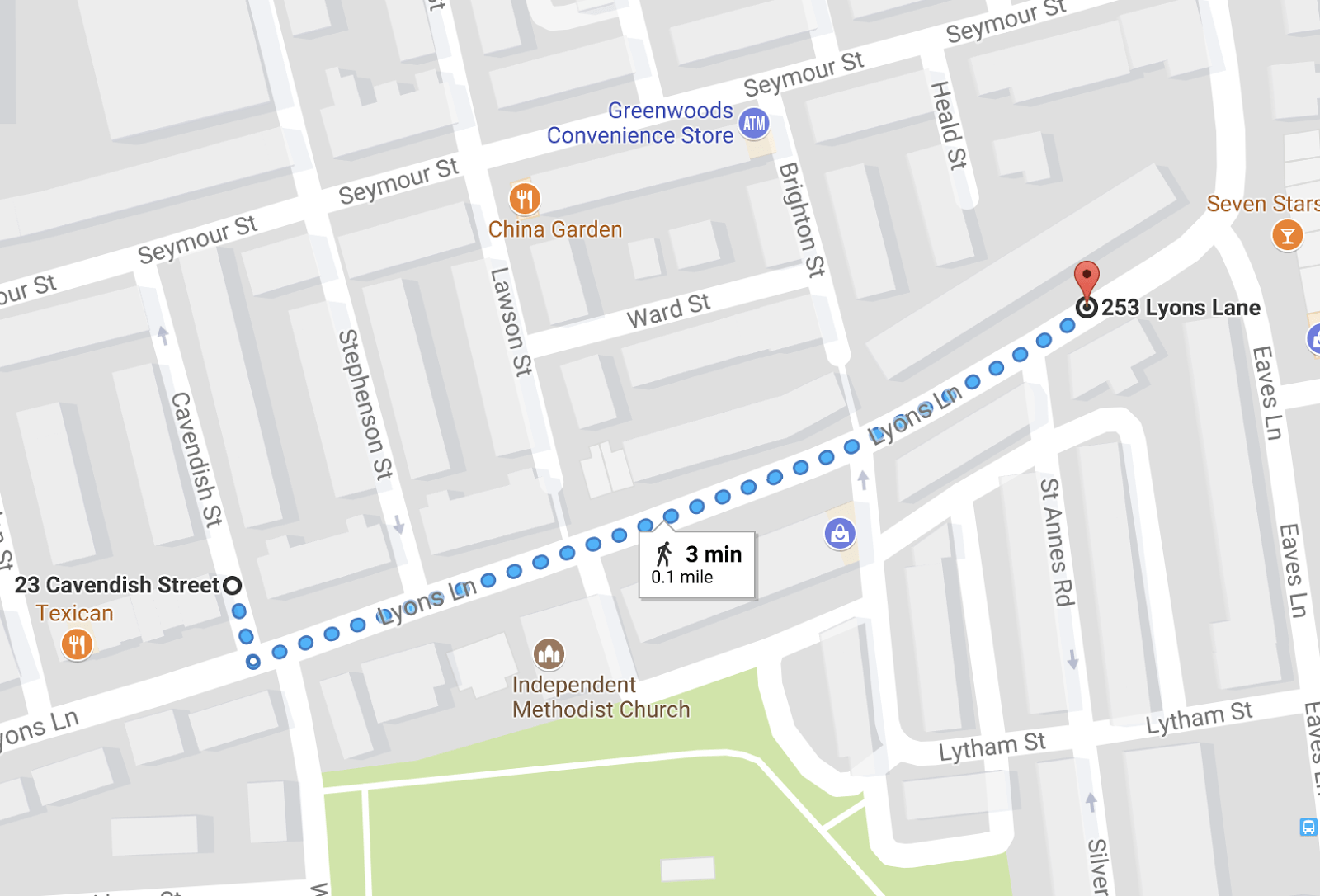 The cotton industry made up one-quarter of Britain’s exports at the turn of the century. This film from the British Film Institute on Facebook provides some insight into what it looked like.

Lancashire’s Time for Adventure (1948)
Follow the thread and take a tour of Lancashire’s rich textile industry in 1948.

“Beyond a doubt, King Cotton.”

The couple can be found (with Elizabeth likely pregnant) in the 1891 Chorley census living at 63 Water Street (the home no longer appears to exist).

They had two daughters:

The 1901 England census shows the family living with Elizabeth’s eldest sister, Isabella, as well as her sister Joanna and brother John at 32 Bolton Road.

The family boarded the S.S. Tunisian in June 1901. The ship was only a year old. The passenger list shows Samuel, Elizabeth and Lily boarded at Liverpool and disembarked in Montreal, Quebec, Canada.

This initial trip may have been a vacation, or may have been scouting for their new home, as there is another trip (this time listing Dora as well) aboard the Virginia following the same route from Liverpool through Montreal in July 1910. Samuel’s occupation is still listed as a weaver.

The family settled in Hamilton, Ontario, Canada (records suggest that immigration was in 1910) and can be found on the 1911 Census at 402 McNab Street North with two boarders. At this time, Samuel is a machinist at the International Harvester Company of Canada.

On the 1921 Canadian Census, we find the family at 299 Grovesnor Street (where daughter Lily eventually settled with her husband Arthur as well) with their two daughters.

In 1948 the couple celebrated their diamond wedding anniversary and there was a photo of them in the local newspaper: 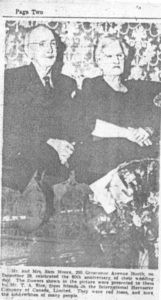 The couple are interred at Hamilton Cemetery at Monument #142. The stone reads:

Read more about Samuel and Elizabeth's daughter Lily and her family.
Read More

After being discharged from the Canadian Expeditionary Forces, John James Joseph “Jack” McPhail married Annie George. The couple had five children together. END_OF_DOCUMENT_TOKEN_TO_BE_REPLACED

William Alfred Webb married Louie Shepherd on December 31, 1904, in Bradford, Lancashire, England. They had five children, but only two survived to adulthood. END_OF_DOCUMENT_TOKEN_TO_BE_REPLACED

Isabella Griffin never married. She was the postmistress at the post office in Kingston Seymour, England. END_OF_DOCUMENT_TOKEN_TO_BE_REPLACED