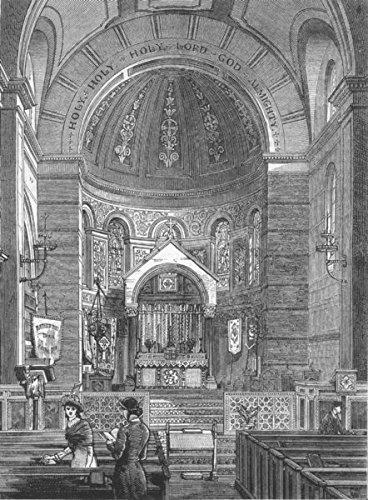 William married Mary Jones on November 22, 1868, at St. John The Evangelist, Miles Platting (in Manchester). The church no longer exists but was on Oldham Road. At the time of the marriage, William’s occupation was a Turner (a lathe worker) living at 34 Frazer Street and Mary Jones was a Weaver living at 13 Wainright Street. As the addresses do not specify the area of Manchester, and there are multiple streets with the same name in the locality, I’m unable to find the specific addresses on GoogleMaps.

When Mary Jones was born in 1847 in Liverpool, Lancashire, England, her father, Thomas Jones, was 27. Given the common last name and the lack of adequate records at the time, I’ve been unable to trace her mother thus far. There has been some suggestion that the family may have been Welsh, but I haven’t been able to confirm it. It’s interesting though to note that my mother’s family also traces back to a Welsh Jones family. Maybe I’m related to myself.

William and Mary had nine children in 20 years:

Thomas Henry was baptized on June 26, 1870 at St. Philip’s church on Chester Street in Hulme, Manchester, Lancashire, England (the church closed in 1973). The family is living on Robertson Street. William’s occupation is a Turner.

In 1871 we find the family at 61 Robertson Street in Ancoats, Lancashire, England (I haven’t been able to locate this street on a modern map). William’s occupation is “iron turner, engine works” and Mary is a silk weaver. Thomas Henry is nine months old. At the time, Ancoats would have been a thriving industrial district and likely William didn’t have far to go to get to work.

There are no further baptismal records for the other children of William and Mary that I’ve located at any Manchester parish.

Thomas Henry dies the same year his sister Catherine is born in 1874. Thomas is buried in Philips Park Cemetery. There is no record of Catherine’s baptism at St. Philip.

By this time the family is living at 21 Mellor Street in Chorlton. William is a Cotton Waste Mill Mechanic. Mary is no longer working. Harry is only three months old.

Harry died before the year was out on November 1, 1881. He’s buried in Philips Park Cemetery.

In 1891, the family is found on the census living at 105 Taylor Street in Prestwich. We find all of the living children, Richard, Catherine, William, Louie, George and Amelia at home. William’s job is a “Fitter (Mechanic).”

Catherine was married in 1897 (still at Taylor Street).

We find the widow Mary in Bradford, Manchester, England (the address is unclear and I haven’t been able to match it to a modern map) living with the remaining children: Richard, William, Louie, George, Amelia, and May.

Richard died in November 1901, at the young age of 29, and is buried in Philips Park Cemetery.

Mary died on June 10, 1909, in Manchester, Lancashire, England, at the age of 62, and is buried at Philips Park Cemetery in Miles Plating with her husband and son Richard. They’re in Section B, Grave 903. A FindAGrave volunteer has visited the site and suggests there is no headstone.

George is the only one of Mary and William’s children that I have been unable to trace into adulthood. I know he was a musician, twin to Amelia who came to Canada, but I’ve found no record of his crossing and no other records past the 1911 census.

After being discharged from the Canadian Expeditionary Forces, John James Joseph “Jack” McPhail married Annie George. The couple had five children together. END_OF_DOCUMENT_TOKEN_TO_BE_REPLACED

William Alfred Webb married Louie Shepherd on December 31, 1904, in Bradford, Lancashire, England. They had five children, but only two survived to adulthood. END_OF_DOCUMENT_TOKEN_TO_BE_REPLACED

Isabella Griffin never married. She was the postmistress at the post office in Kingston Seymour, England. END_OF_DOCUMENT_TOKEN_TO_BE_REPLACED