John Longworth married Alice Loxham on February 13, 1859, at Christ Church in Adlington, Lancashire, England. They had eight children before he died tragically. 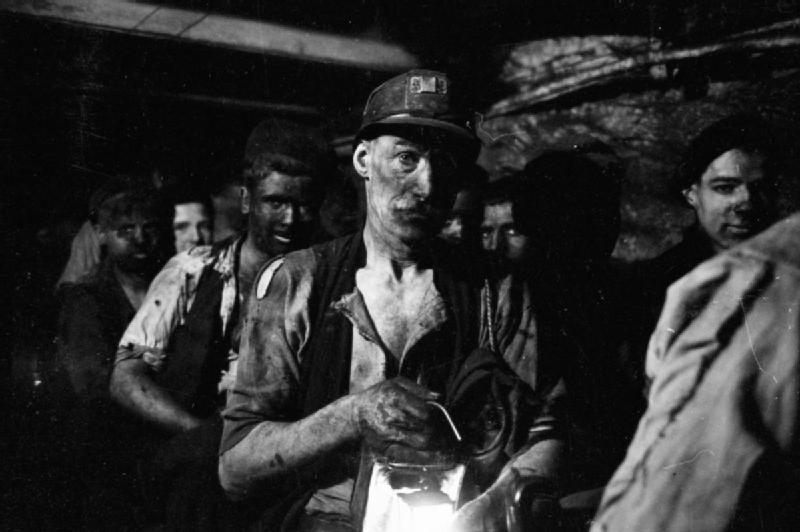 John Longworth was born in about 1832 in Heath Charnock, Lancashire, England. I haven’t been able to trace his parentage as his name (John) was fairly common. His marriage certificate suggests his father was Daniel Leed, a Quarry Man, but I haven’t been able to conclusively trace John or his family with this name. I was unable to locate John on the 1841 Census, but I believe he is a lodger in 1851 in the home of James and Mary Ann Hough. James Hough is described as a firebrick clay miner, and John is described as a drawer for firebrick clay miner.

They had 12 children (that I’ve been able to find) in 19 years. Only ten survived to adulthood:

In 1861, shortly after Isabella’s birth but before Thomas, we find John, Alice, and Isabella near Chorley Road in Adlington, Lancashire England on the Census. John’s occupation is described as a Coal Miner.

Thomas Longworth’s birthdate is unknown, but he was baptized at the family church on October 20, 1861. John is described as a miner and the family’s address is characterized as being in Adlington.

Mary Ann Longworth is born in 1867 and baptized on March 17th of that year.

Elizabeth Longworth is born on July 22, 1868. She listed as the fourth daughter (which is correct) and is baptized at Christ Church on August 2, 1868. At some point, she gets her birth date mixed up as it is listed in future records as 1869.

Margaret Longworth is born in 1870 and baptized on November 6th. By this point, it appears that the family is has moved to Blackrod.

Margaret does not make her first birthday. Her burial is recorded shortly after the census, on May 28, 1871, at age seven months.

Margaret does appear with the family on the 1871 census living on “Aberdeen” in Bolton (this road does not appear on modern maps).

Alice Ann Longworth is the next daughter to be born. baptized until June 2, 1872. Alice is the first (and only) Longworth child to be given a middle name.

James Longworth comes next, and his baptismal record dated September 6, 1874, indicates that he is the fourth son of John and Alice—but records show only three sons total, including James. A full review of the baptismal records for the church have not identified any other children to this point but their final son, John is identified as the fifth. This suggests there was another son whose baptism was not recorded or performed at Christ Church. The family’s address is again characterized as Adlington.

Ellen is the seventh daughter born. She is baptized on May 8, 1876.

Joanna is the eighth daughter. She is baptized on January 18, 1878.

John Longworth Jr. is the final child and fifth son born of Alice and John Longworth on February 13, 1879. He is baptized the four days later.

We know from records that John Sr. worked at the Ellerbeck Colliery in Coppull, Lancashire. Ellerbeck Colliery was a coal mine located on the border of Coppull and Adlington in the Borough of Chorley in Lancashire, England. The Hilton House and Red Moss Coal Company sank the first shaft in 1876 and the colliery closed in 1928. The mine was run privately during the 1930s and was nationalized in 1947. It closed in 1964 and in the late 1970s and early eighties, Ellerbeck was open-casted and has been landscaped. (There’s an interesting tour of the modern-day Ellerbeck Colliery on YouTube.)

John Sr. doesn’t make it to the 1881 census. He was killed in an accident at Ellerbeck Colliery while on the job on August 31, 1880, at the age of 48 (two of the articles confirm the censuses which suggest his birth was in 1832). An article in the Manchester Courier and Lancashire General Advertiser dated September 4, 1880, suggests that he was getting a cannel and pulled away a prop to cause a fall of coal, but the fall didn’t happen. Then he drove a wedge, and a large portion of the roof fell on his head, killing him instantly. A coroner’s jury held at the Ridgeway Arms at 176 Chorley Road in Chorley returned a verdict of accidental death.

The Chorley Standard also had an article on September 4. The text reads:

Fatal accident at Ellerbeck colliery. On Thursday an inquest was held at the Ridgeway Hotel, Adlington touching the death of John Longworth, collier aged 48 years. The deceased who lived at Adlington was employed at the Ellerbeck colliery, Coppull and on Tuesday morning he was engaged with pulling away a prop which supported the roof, for the purpose of causing a large fall of coal. After removing the prop he failed in getting ‘a fall’ and he then drove in a ridge, and while so engaged a large block from the roof suddenly fell upon his head killing him instantly. The jury returned a verdict that the deceased met with his death accidentally. Deceased leaves a wife and several children.

The Preston Chronicle, dated the same date, suggests that one of John’s sons (Thomas or Robert) was the first to see the accident and raised an alarm.

On the 1881 Census, we find most of the remaining family still living with Alice, now at 94 Chorley Road, Chorley. Only Isabella has left the home and Thomas and Robert are both Drawers in Coal. (Drawer was the historic local term for the person who brought empty coal tubs up to the coal face and took loaded tubs to the pit bottom.) Sarah is a Cotton Spinner and Mary Ann is a Weaver.

I believe Alice Ann died in 1882, there’s a death registration with the same name, but there is no record of her burial in Adlington. She does not appear on the 1891 census.

Although I haven’t found a matching burial, I believe that Alice died in January 1891 in Blackburn, Lancashire, England, at the age of 52.

In 1898 at the time of Ellen Longworth‘s marriage to Richard Cropper Ashford, she is living at 32 Bolton Road in Chorley (possibly with other family members). In 1905, Joanna‘s marriage certificate suggests she’s living at number 36 Bolton, likely with at least sister Isabella (who is shown with Joanna and her family on the 1911 England Census).

Thomas, Robert, James, and Ellen remained in Chorley and married, all having several children. What happened to Sarah and Mary Ann is unknown. They may have married, but their common names makes it difficult to trace them. Isabella Longworth never married but had a very long, interesting life after moving with her youngest siblings, Joanna and John, to Hamilton, Ontario Canada.

Main image: Fred Woolhouse and his fellow miners sit on the ‘paddy mail’ which will transport them back to the shaft at this colliery, somewhere in Britain. (image via Wikimedia)

Samuel Dutton, son of Edward Dutton, married Emma Podmore in Warrington, England. The couple emigrated to Canada and had one daughter. END_OF_DOCUMENT_TOKEN_TO_BE_REPLACED