Dora Moore married Albert Hulme on December 31, 1921, in Hamilton, Ontario. The couple had no children. 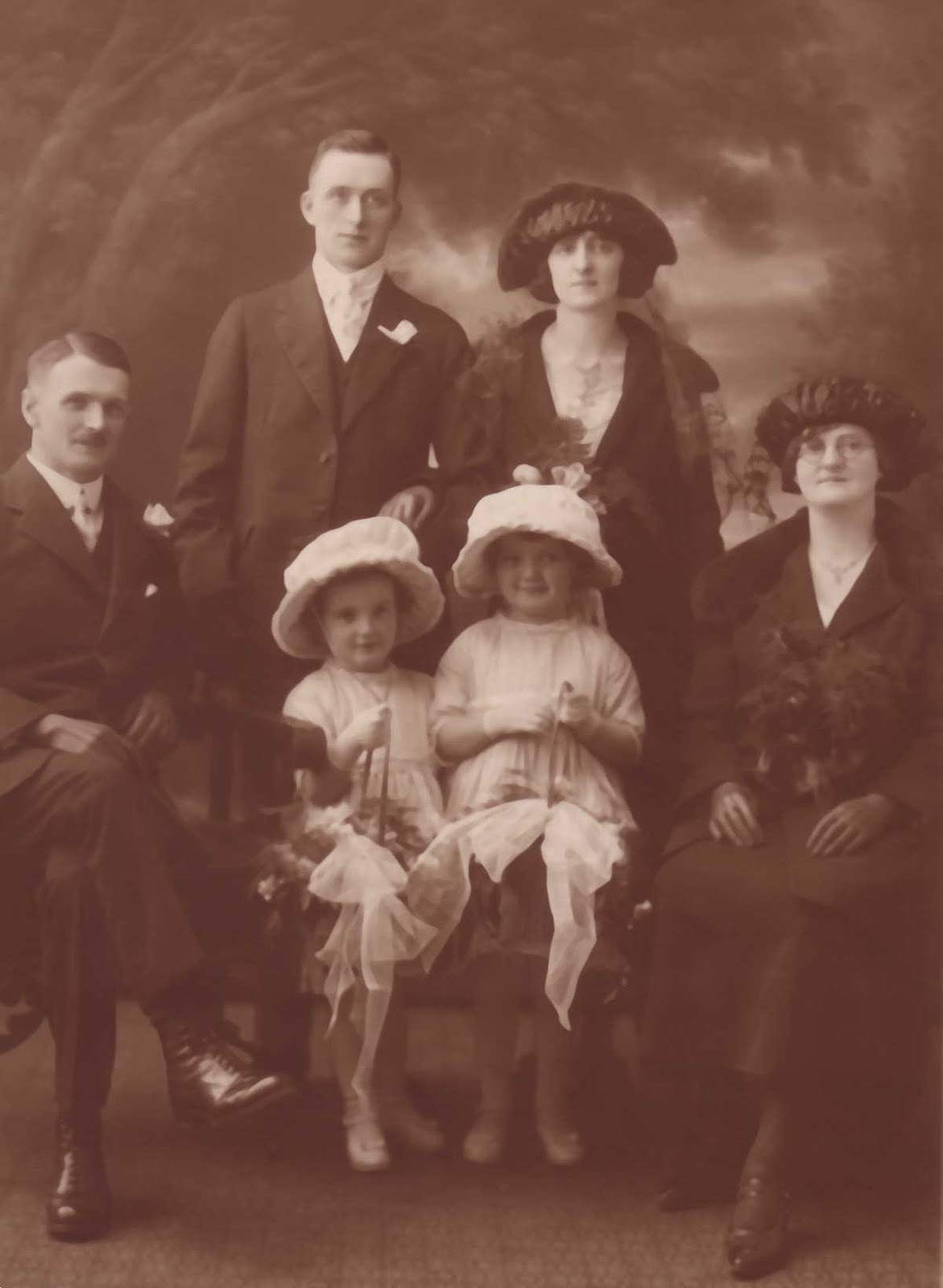 At the time of the 1921 Canadian Census, Albert is found as a boarder in the home of Dora’s maternal aunt, Joanna (Longworth) Sanderson as a boarder. It is unknown whether this arrangement was made because of their pending marriage, or if Dora and Albert were introduced as a result of Albert’s relationship with her aunt and uncle.

At the time of the marriage, Albert’s occupation was listed as a dairy worker and Dora was a cotton operator and they were both living in Dora’s parent’s home at 299 Grosvenor Avenue North, Hamilton, Ontario.

Dora survived her husband by more than twenty years. She died on May 5, 1981, in Grimsby, Ontario, at the age of 84. Her obituary reads:

Dora and Albert are buried in St. Luke Anglican Cemetery on Brock Street in Smithville.

After being discharged from the Canadian Expeditionary Forces, John James Joseph “Jack” McPhail married Annie George. The couple had five children together. END_OF_DOCUMENT_TOKEN_TO_BE_REPLACED

William Alfred Webb married Louie Shepherd on December 31, 1904, in Bradford, Lancashire, England. They had five children, but only two survived to adulthood. END_OF_DOCUMENT_TOKEN_TO_BE_REPLACED

Isabella Griffin never married. She was the postmistress at the post office in Kingston Seymour, England. END_OF_DOCUMENT_TOKEN_TO_BE_REPLACED