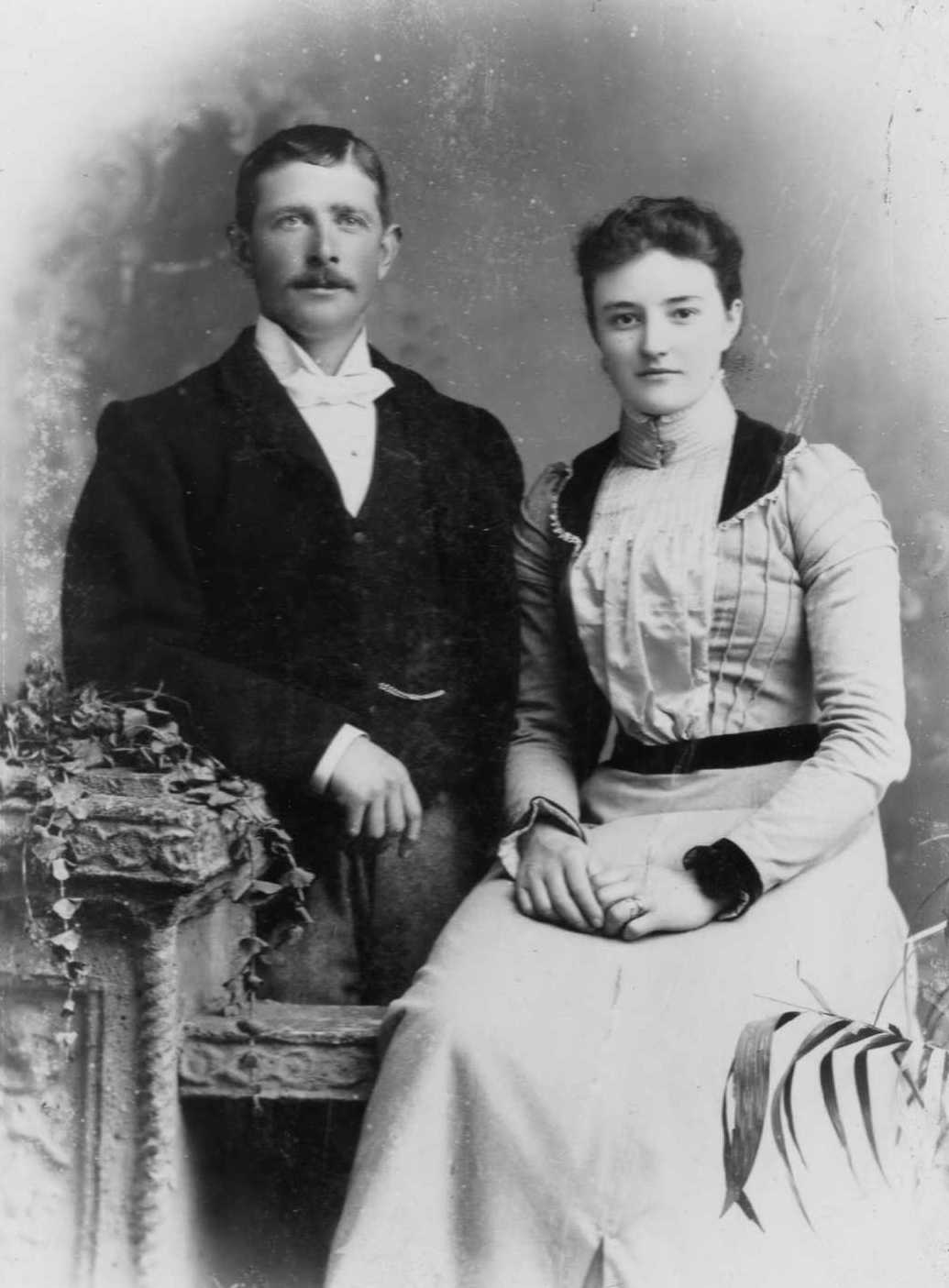 In 1901, we find Ernest (27) living in Batheaston, Somerset on the census. He’s a border in the household of Matthew Wiles and his wife Margaret. The house must be a boarding house – as there are a number of other gentlemen listed as borders with various occupations – a butler, an asylum attendant, and Ernest, who is a Yeoman (cattle).

Weeks after the census, Ernest married Ada Annie Binning (24) on April 20, 1901, in her home church at St. Mary’s Church in Yatton, Somerset, England. The marriage was witnessed by Ada’s father Charles and Ernest’s brother Charles. Ernest’s father had died ten years prior to the marriage. Ernest was a farmer.

The couple had four sons over the next 12 years:

Charles Bernard Griffin is the couple’s first-born son, presumably named for his paternal grandfather, who was also Charles (but there are also several Charles Griffin’s prior to his birth including the child’s uncle and great-uncle). And his middle name is clearly from his father’s middle name. At the time of the child’s baptism on June 28, 1903 at St. Saviour in Bath, the couple is living at 35 Brooklyn Road.

Ernest’s occupation is “Farm Bailiff.” A farm bailiff was employed by a landowner who owned a farm or farms, and would have been charged with seeing that the farms were kept in a good state and the rent was paid on time.

A couple of years past before Arthur Reginald Griffin is born on November 5, 1906. He is baptized at St. Saviour on January 13, 1907. At this time, the couple is living at 9 Otago Terrace in Bath, less than a block away from their previous residence. Ernest is still a Farm Bailiff.

The address given on the 1911 England census suggests that the family has moved again following Arthur’s birth. Now living on West Street in Banwell, Somerset, England, Ernest (37) is a “Dairyman’s assistant” instead of a bailiff. Ada (34) is at home, and both of the children are in school.

The next year finds the couple in Kingston Seymour as they welcome their third son, Alfred Bryan Griffin is born on October 19, 1911. The child is likely named for his father’s brother Alfred Griffin, who also lives in Kingston Seymour. When he is baptized on January 7, 1912, the registration suggests that Charles Griffin, another of Ernest’s brothers, is the child’s sponsor.

I haven’t located a baptismal registration for the couple’s fourth child, Mervyn Griffin, who is born on April 21, 1915, and I’m unable to confirm their location at that time.

By the time of the 1939 Register, Ernest, now 65 is a retired farm manager. The couple is living with their two youngest sons at Dorsal Farm on Strode Road in Clevedon, Somerset. The record suggests that Alfred (a dairy farmer) and Mervyn (a farmhand) are running the farm. A Google search doesn’t identify the specific property, but a Zoopla listing suggests the property located on Lower Strode Road in Clevedon, a few miles from Ernest’s brother Alfred Griffin’s farm.

Ernest died on January 11, 1950, at the Cottage Hospital in Clevedon, at the age of 75. The probate record suggests that the couple may have moved again, as he is listed as “Ernest Bernard of Barberrry Farm Kingston Seymour near Clevedon.” GoogleMaps suggests that this property is on Kenmoor Road and may be currently used as a plant nursery. His effects were left to his widow, Ada.

Samuel Dutton, son of Edward Dutton, married Emma Podmore in Warrington, England. The couple emigrated to Canada and had one daughter. END_OF_DOCUMENT_TOKEN_TO_BE_REPLACED