At the age of 35, Samuel Austin Griffin married Clara Gertrude Smith on August 18, 1913, at the Church of All Saints in Kingston Seymour. 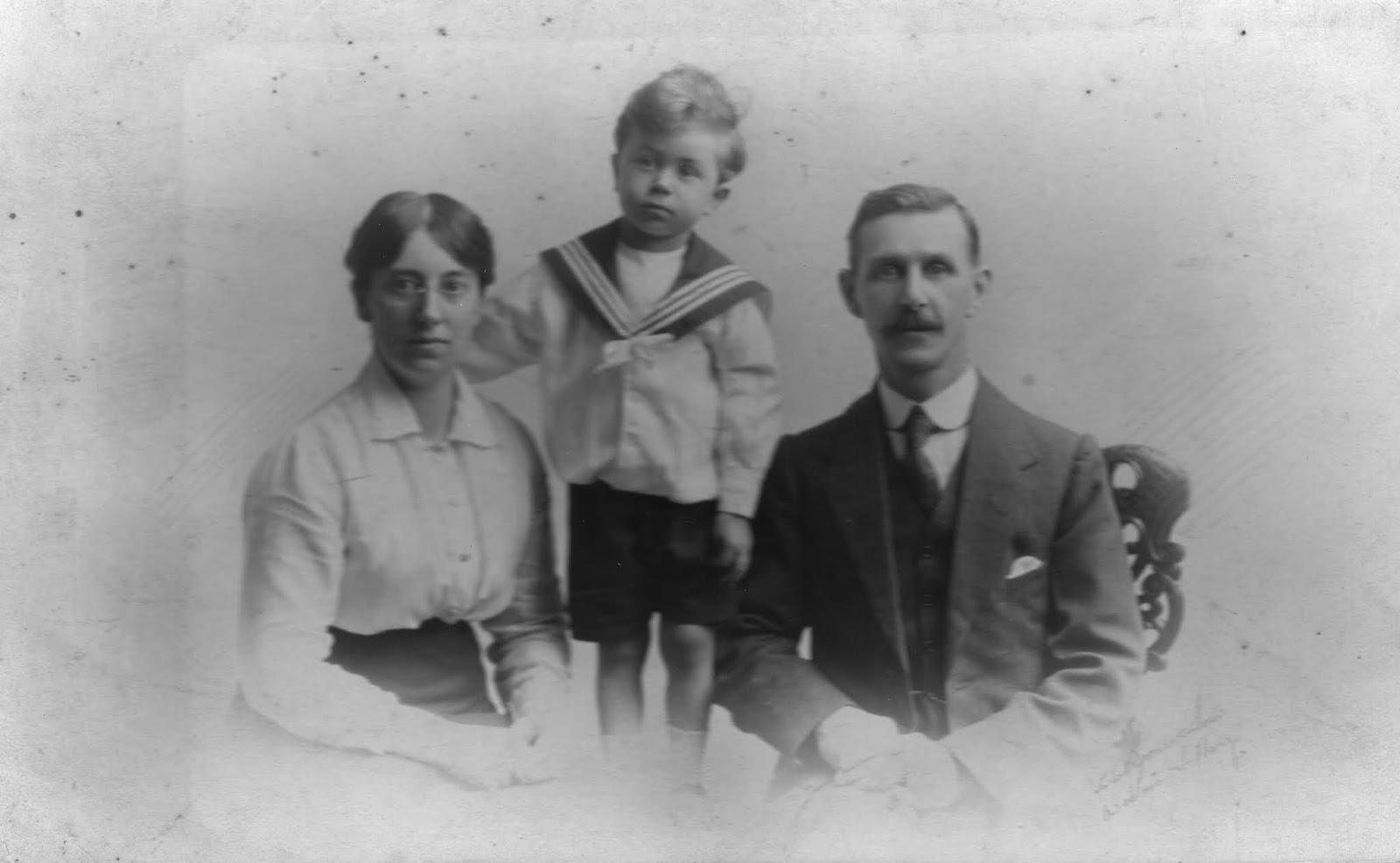 In 1911, Austin is living with his sister, (Hannah) Isabella Griffin. At the age of 41, Isabella is unmarried and the postmistress for Kingston Seymour. Austin, 32, is a grocer provision assistant.

Austin married Clara Gertrude Smith on August 18, 1913, at the Church of All Saints in Kingston Seymour. At the age of 35, the marriage registration suggests that Austin is still a grocer. No occupation is given for Clara, age 27 at the time of the marriage, but on the 1911 census, she was a “school assistant mistress” to her father, who was a schoolmaster in Long Ashton.

Given their age at the time of marriage, it’s not surprising that the couple had only one child:

It’s possible that Austin took over the post office after his sister. Details in a January 7, 1921 article in the Wells Journal suggest that a “Mr. Griffin” was the postmaster at the time of a burglary that week.

On the 1939 Register, we find the family living in Yatton. No physical address is given, just “West End Stores,” presumably they lived above the grocery store where Austin, aged 60, is a “Master Grocer” and Leslie (23) is his assistant. Also in the home are Austin’s brother Edward and his wife Ellen, and his mother-in-law, Clara Smith who is described as “incapacitated.”

Austin died in 1953 in Weston-super-Mare, Somerset, England, at the age of 75. I have not identified a matching burial or probate record.

Clara died on October 29, 1960, in Weston-super-Mare, Somerset, England, at the age of 74. Clara’s estate was probated on November 30, and the residue of her estate went to her son. While this record, like the 1939 census refers to the “West End Stores Yatton,” it suggests that Clara was living at 23 Coleridge Vale Road East in Clevedon.

After being discharged from the Canadian Expeditionary Forces, John James Joseph “Jack” McPhail married Annie George. The couple had five children together. END_OF_DOCUMENT_TOKEN_TO_BE_REPLACED

William Alfred Webb married Louie Shepherd on December 31, 1904, in Bradford, Lancashire, England. They had five children, but only two survived to adulthood. END_OF_DOCUMENT_TOKEN_TO_BE_REPLACED

Isabella Griffin never married. She was the postmistress at the post office in Kingston Seymour, England. END_OF_DOCUMENT_TOKEN_TO_BE_REPLACED