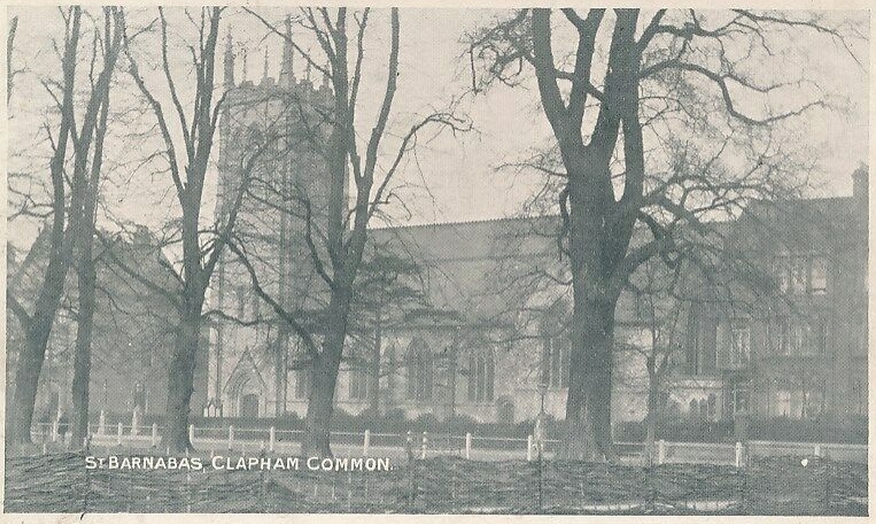 At age 22, Edward married Ellen Leaker (who was 29) on April 4, 1899, at St. Andrew’s Church in Banwell, Somerset, England. The marriage was witnessed by Ellen’s mother and Edward’s brother Wallace. Edward’s occupation is “solicitor’s clerk.”

They had three children:

Edward Roland is the couple’s firstborn child, born in August 1900. Edward Jr. is baptized on September 2nd at St. Mark’s in New Swindon, Wiltshire, England. Edward Sr.’s occupation is a solicitor’s clerk, and the family is living at 46 Goddard Avenue.

On the 1901 England census with the couple. Edward Sr.’s (24) occupation is “Solicitor’s Clerk,” and Ellen is at home with her son, who is seven months old. The family is still living on Goddard Avenue.

The couple welcomes a daughter, Ellen Lorna Griffin on April 4, 1904. The child is baptized in a private baptism at St. Barnabas in Clapham Common on April 12th. The family is living at 115 Wakehurst Road in Battersea (an area of London).

At the beginning of 1905, both Edward Jr. and Ellen Lorna died in Wandsworth, London, England. The circumstances of their deaths are unknown, and a burial record has not been located.

A second son, Austin Clement Griffin (named for his uncle) is born on March 28, 1907. He’s baptized on May 26, 1907, at St. Michael and All Saints in Hillside, Wandsworth, England. The record suggests that Edward Sr. is an accountant.

We next find Edward (34) and Ellen (41) with Austin (4) at 103 Salcott Road, just a block away from their previous address on the 1911 Census. Edward’s occupation is “clerk.” Also in the home is Edward’s nephew Charles Owen Griffin, who is also a clerk.

Electoral registers show the couple at the same address until 1929, when they move two doors down to 101 Salcot Road.

On the 1939 Register, Edward Clement and Ellen are living with Edward’s brother Austin and his wife Clara in Yatton. No physical address is given, just “West End Stores,” but they are near 2 Sunnyside. Edward is a “Solicitor’s Managing Assistant.” Son Austin has married and is living in Surrey with his wife and daughter.

Several electoral registers after the 1939 register suggest that Edward and Ellen were still living at the Salcot Road residence—so it’s likely that they were just visiting Austin in 1939.

Edward died in 1950 in Battersea, Surrey, England, at the age of 73. It’s unknown when Ellen died or where they’re buried.

Samuel Dutton, son of Edward Dutton, married Emma Podmore in Warrington, England. The couple emigrated to Canada and had one daughter. END_OF_DOCUMENT_TOKEN_TO_BE_REPLACED