Charles Griffin married Ellen Gage on April 5, 1891, at All Saints Church in Kingston Seymour, Somerset, England. They had nine children. 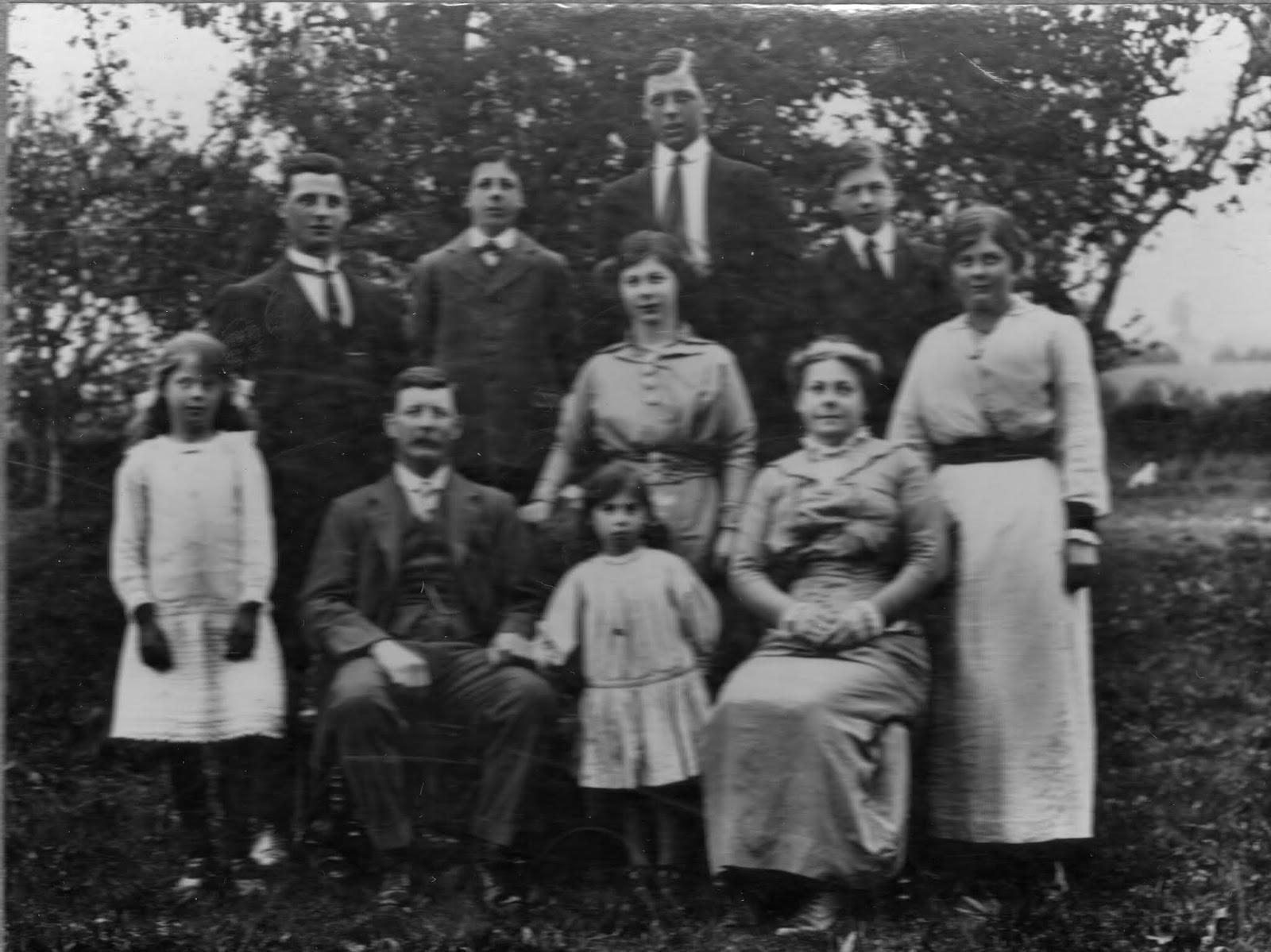 Charles married Ellen Gage on April 5, 1891, at All Saints Church in Kingston Seymour, Somerset, England. At the time of the marriage, Charles was a farmer, and living with his brother Alfred at Riverside Farm.

Charles and Ellen had nine children over a period of 17 years:

Charles Donald is the couple’s firstborn son on December 31, 1891. He’s baptized at All Saints Parish in Kingston Seymour on February 2, 1892.

Marjorie is the couple’s firstborn daughter. She’s born on February 21, 1893 and baptized at All Saints on April 1st.

The couple moves out of their home in Kingston Seymour sometime in 1893 and moves to Manor Farm in Claverham. This home had belonged to Charles’ brother Wallace (who subsequently became the Landlord of the Swan Hotel), but was auctioned off in 1893. It must have been purchased by Charles Sr.

Daughter Phyllis is the first child born at Claverham on January 11, 1894. She is baptized at St. Mary the Virgin in Yatton on February 7th.

Percival George is born December 25, 1898. No baptism has been located, possibly because he is closely followed by Leslie Charles on April 29, 1899, but the dates seem far too close. It’s potentially possible that the date later recorded as Percival’s birth is incorrect. Either way, Leslie is baptized on May 26, 1899, and his death is recorded a few short months later. No burial has been located.

In 1901, the family is on the census at Manor Farm. Charles (35) is a farmer. Presumably, the older children are at school (although it’s not noted in the census). There is a domestic servant living in the home.

Archibald Edward Griffin is the couple’s fifth born son on May 30, 1902. He is baptized at St. Mary’s on July 6th.

Kathleen is the couple’s third daughter, born on March 11, 1905. She is baptized on April 5th.

In 1911, the family appears on the census still at Manor Farm. Charles Sr. (45) is working the farm with Charles Jr. and Marjorie. The farm appears to be a dairy. All the other children except Joyce are at school.

Ellen died April 3, 1939, in Weston-super-Mare, Somerset, England, at the age of 69. Her passing is recorded in the Western Daily Press.

On the 1939 Register, Charles has retired but is still living with two of his children, Percival and Joyce, who are working on the farm.

Charles died on April 18, 1945, in Weston-super-Mare, Somerset, England, at the age of 79. An article in the Western Daily Press suggests that he was the oldest resident of Claverham at the time of his death, and that he was one of the original members of the Yatton Parish Council.

Charles and Ellen are buried together in the Churchyard at St. Mary the Virgin.

After being discharged from the Canadian Expeditionary Forces, John James Joseph “Jack” McPhail married Annie George. The couple had five children together. END_OF_DOCUMENT_TOKEN_TO_BE_REPLACED

William Alfred Webb married Louie Shepherd on December 31, 1904, in Bradford, Lancashire, England. They had five children, but only two survived to adulthood. END_OF_DOCUMENT_TOKEN_TO_BE_REPLACED

Isabella Griffin never married. She was the postmistress at the post office in Kingston Seymour, England. END_OF_DOCUMENT_TOKEN_TO_BE_REPLACED