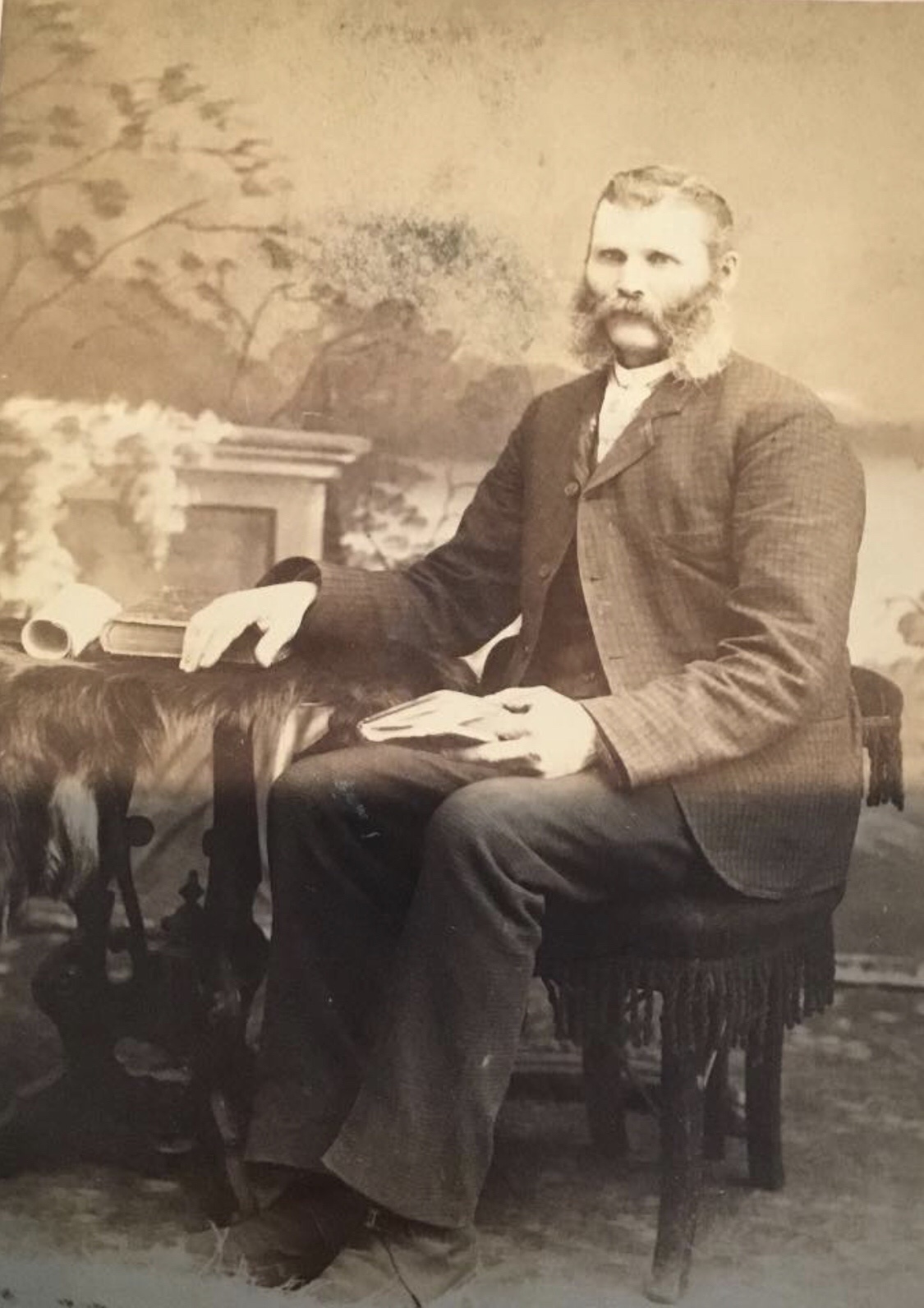 This image is believed to be of John Whalen. According to the record on ancestry, the image is held by one of John’s granddaughter’s descendants and was contained in an album presented to the granddaughter in 1903.

*Authors note: there are some variations in the spelling of the name “Whalen.” As most documents related to this family spell it with “Whalen” and not “Whelan,” I have used it here for consistency’s sake. Having a firm spelling of one’s name is a fairly recent occurrence.

John married Teresa Corcoran in the early 1850s (the precise date and location of the wedding is unknown, although it is believed to have occurred in Canada).

Teresa Corcoran was born in (about) 1829 in Ireland, the daughter of Michael Corcoran and Ann.

The couple had five daughters and one son:

I had some trouble with the birth dates for John and wife—I have settled on going with the dates recorded in at the time of their deaths. A document prepared by a family member insists that John and his brother Thomas were twins, but the documentation does not appear to support this assumption unless you ONLY consider the 1881 census. The recorded information on various census documents seems to suggest that John was born up to 15 years later than his brother, but the dates vary pretty wildly, with the first document suggesting what is likely the correct date, and with the last document in 1891 suggesting that John was six years younger than he had been in the census ten years prior. The only thing that is recorded consistently is that John and wife Teresa and Thomas and wife Margaret lived on neighboring farms. Even at the time of his death in 1892, John appears to have aged six years from the census which was less than one year before.

Our first solid record of the family is on the 1861 Canadian census, showing John living on a farm between his brother Thomas and father-in-law Michael Corcoran. John is identified as 30 years old, as is Teresa (spelled Teressa on the census). Given their eldest daughter, Bridget is 6, this would suggest that John was in his mid-twenties when he married, which would be an appropriate age. Daughter Anne (4) and two labourers round out the household. The census suggests that their home is a log cabin.

Although the younger children were likely baptized, no record of baptism is found until Jane Whalen is born on March 22nd and baptized on April 14, 1861, at Assumption of the Blessed Mary Church in Erinsville.

The couple’s first and only known son, John, named for his father and grandfather, is born April 11, 1864, and baptized on May 29th.

A final daughter, Ellen, rounds out the family, born in 1868. A baptismal record has not been located.

In 1891, John is still living two farms away from Thomas (and surrounded by several other Whalen families). This census suggests that John has gotten younger in the last ten years, and is now 60, as is his wife Teresa. The census lists a child, Robert, also in the home. I have not found any other records for Robert, and at 12, he’s probably too young to be Theresa’s child, even if she was actually 60 at the time of the census.

John died on February 3, 1892 and is buried in a family plot in St. Edmund’s Church in Stoco, Ontario with his parents, his wife, and several of his children.  The stone appears to read:

I have not located Teresa on either the 1901 or 1911 Canadian Census. The next record we find is a record of her death on May 23, 1911, witnessed by her grandson Patrick Joseph Mulrooney (son of Jane and Thomas). The document suggests she was 82 years old at the time of her death (placing her birth in 1829).

As above, Teresa is buried with her husband in the family plot at St. Edmunds in Stoco.

After being discharged from the Canadian Expeditionary Forces, John James Joseph “Jack” McPhail married Annie George. The couple had five children together. END_OF_DOCUMENT_TOKEN_TO_BE_REPLACED

William Alfred Webb married Louie Shepherd on December 31, 1904, in Bradford, Lancashire, England. They had five children, but only two survived to adulthood. END_OF_DOCUMENT_TOKEN_TO_BE_REPLACED

Isabella Griffin never married. She was the postmistress at the post office in Kingston Seymour, England. END_OF_DOCUMENT_TOKEN_TO_BE_REPLACED