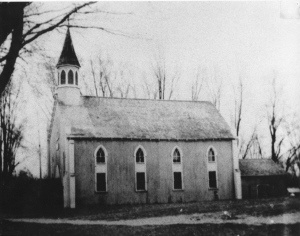 *Authors note: there are some variations in the spelling of the name “Whalen.” As most documents related to this family spell it with “Whalen” or “Whealan” and not “Whelan,” I have used it here for consistency’s sake. Having a firm spelling of one’s name is a fairly recent occurrence.

I haven’t tracked down a supporting document, but another family researcher suggests that Thomas married Margaret Coughlin on June 16, 1849, in Camden, Ontario. At some point prior to the marriage, both Thomas and Margaret emigrated to Canada from Ireland. Thomas came with his family (his parents both died in Hungerford, Ontario). I’m not clear whether Margaret came with her family and it’s unknown whether the emigration occurred before or after the marriage. I have not identified either a civil or church record of the marriage.

Margaret Coughlin was born in (about) 1818 in Ireland, the daughter of Peter Coughlin and Margaret Wall.

The couple had nine children over a period of 15 years:

*Daniel Whelan changed the spelling of his last name in adulthood and most documents have the “e” first.

I haven’t located the couple on the 1851 Canadian census.

Thomas Whalen appears to be the first of Thomas and Margaret’s children to appear in the baptismal records at the Assumption of the Blessed Virgin Mary in Erinsville. The church was built in 1847 and did exist at the time the couple was married, but records for the building start later. Thomas was born on August 5, 1855, and baptized on September 24th.

On the 1861 Canadian census, we find the family living in a log cabin in Hungerford, Ontario. Thomas, aged 45, is a farmer. Living with Thomas, we find Margaret (also listed at age 45), Anne (11), John (9), Bridget (7), Thomas (5), Peter (3) and James (1). There are several other Whalen families in neigbouring homes, including Thomas’ brother John and his wife Teresa at the adjacent property. The record suggests that two of the children are attending school.

On the 1871 Canadian Census, we find the family, presumably in the same house as they’re still next to brother John. Thomas is age 54, with Margaret (53), Anne, John, Bridget, Thomas, Peter, James, Patrick, Daniel, and William. The family names on this record match, as do the ages for Thomas and Margaret, but for some reason, the children are all younger ages.

Margaret died on September 30, 1888, and is buried in Erinsville Roman Catholic Cemetery in Erinsville, Ontario. I understand there is a stone marking her burial site, but I don’t have a photograph at this time.

By the 1891 Census, Thomas is living with son William, who is now married to Sarah McGrath. In the home are the first two of their children, Margaret Ellen (Nellie) (1), and Mary Louise Blanche (May) who has not reached her first birthday. The census actually shows three other Whalen families in adjacent homes, including (as before) brother John and his wife Teresa, brother Peter and his wife Mary, and Thomas’ son Thomas Jr. and his wife Roseanne (nee Fenlon).

After being discharged from the Canadian Expeditionary Forces, John James Joseph “Jack” McPhail married Annie George. The couple had five children together. END_OF_DOCUMENT_TOKEN_TO_BE_REPLACED

William Alfred Webb married Louie Shepherd on December 31, 1904, in Bradford, Lancashire, England. They had five children, but only two survived to adulthood. END_OF_DOCUMENT_TOKEN_TO_BE_REPLACED

Isabella Griffin never married. She was the postmistress at the post office in Kingston Seymour, England. END_OF_DOCUMENT_TOKEN_TO_BE_REPLACED