Edward Visheau and his Wives 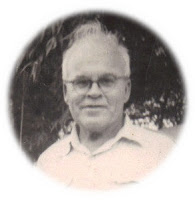 Edward married Olivia Louise Hubble on April 8, 1910 in Hamilton, Ontario. Edward’s occupation on the marriage registration is “Teamster.” The marriage was witnessed by Edward’s aunt and uncle Harry and Minnie Kimball.

The couple’s marriage record suggests that Olive Louise Hubble was born in 1889 in England, the daughter of George Hubble, a carpenter and Mary Ann (née Colgate). I haven’t been able to locate an immigration document, but a later census document suggests that Olive emigrated to Canada in 1907.

Olive and Edward had two children during their marriage:

Neither child’s birth appears to have been properly registered with the Province of Ontario at the time of their birth. A 1921 Census record suggests that Harry was born in 1912 and Leo was born in 1917, however, a late birth registration filed in 1971 suggests that Leo was born on August 12, 1912. I suspect the year provided in the census (1917) is actually closer to correct as Leo is in school at the time of the census and possibly they mixed up the 12 from August 12th.

The late birth record also suggests Olive’s surname was “Hobbs.” There are several Hobbs families in Hamilton on the 1910 census (no Hubbles that I could find).

Either way, Olive died of pulmonary tuberculosis on June 15, 1917, at the Hamilton Sanatorium at the age of 28, leaving Edward a widower with two very young children. Her death certificate lists her parents as “unknown.”

On April 21, 1919, Edward married Corelia May (May) Newsome. On the certificate, Edward is still a “Teamster” and May is a “Housekeeper.” The marriage was again witnessed by Edward’s uncle Harry.

According to her marriage certificate, when Corelia May Newsome was born on September 28, 1888, in Wakefield, Yorkshire, England, her father, Sam Newsome, was 34, and her mother, May (née Whittaker), was 25.

This was a second marriage for May, who had previously been married in England to Harry Brown, a Blacksmith and the son of Tom Brown. The marriage took place at Holy Innocents church in Dewsbury, York, England on December 29, 1908.

I haven’t found a crossing for Harry, but a Canadian Passenger List suggests that 24-year-old May arrived in Canada on September 14, 1913, on the Whitestar Lines RMS Teutonic. We know that Harry preceded or followed May to Canada, because he enlisted on February 19, 1916, with the Canadian Expeditionary Forces in Hamilton. At the time of enlistment, the couple was living at 71 Cannon Street East, and Harry lists his occupation as a “Machinist.”

You’re probably expecting now that I’m going to tell you that May was widowed when young Harry went away to war. But that’s not what happened.

The enlistment paper suggests that Harry was 5’9 3/4 with a fair complexion, brown hair and bad teeth. In addition to a few scars, the record also says that he had a small bunion on his left foot, but it was not inflamed. Less than a month after his enlistment, on March 8, 1916, discharge proceedings were held, and on March 10th, Harry was discharged as “Medically Unfit.”

The medical record, completed on March 3rd, suggests that the bunion(s) described on enlistment were a result of “bad fitting shoes” from ten years prior. By March, I imagine as a result of hard training, the bunions were enlarged, painful and very tender. The medical board suggested a surgery to correct the bunions, but the documents suggest that Harry refused treatment. As a result, the medical board recommended discharge without pay, less than three weeks after Harry enlisted.

Which, all in all is likely a good thing, because five months later on August 30, 1918, Harry died of stomach cancer. At the time of his death, the couple were living at 211 1/2 Macaulay Street East.

It doesn’t appear that Harry and May had any children.

May and Edward had one child:

The next record we find is of May’s death to cervical cancer on June 22, 1933. The family is living at 302 Barton Street East. The death certificate offers May’s father’s name as “James” instead of Sam, but given this is secondary information, we can’t give it much credence.

The couple had two more children together (not included here as most of them are still living).

Edward outlived his third wife as well. Mary Ellen died on June 23, 1977, at the age of 67, and was buried in Burlington, Ontario, Canada.

The couple are interred in Holy Sepulchre Cemetery.

After being discharged from the Canadian Expeditionary Forces, John James Joseph “Jack” McPhail married Annie George. The couple had five children together. END_OF_DOCUMENT_TOKEN_TO_BE_REPLACED

William Alfred Webb married Louie Shepherd on December 31, 1904, in Bradford, Lancashire, England. They had five children, but only two survived to adulthood. END_OF_DOCUMENT_TOKEN_TO_BE_REPLACED

Isabella Griffin never married. She was the postmistress at the post office in Kingston Seymour, England. END_OF_DOCUMENT_TOKEN_TO_BE_REPLACED