When James Alfred Webb was born on June 6, 1910, at 85 Wellington Street North in Hamilton, Ontario, Canada, his father, James Edward Webb was 22 and his mother, Sarah Kathleen (née Payne), was 21. 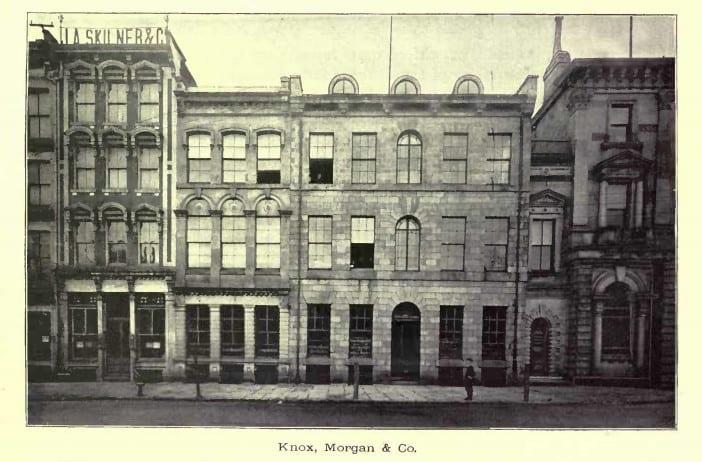 When James Alfred Webb was born on June 6, 1910, at 85 Wellington Street North in Hamilton, Ontario, Canada, his father, James Edward Webb (1887-1972) was 22 and his mother, Sarah Kathleen (née Payne) (1888-1947), was 21. The home no longer exists, and has been replaced by several large apartment buildings. (Note – the 1911 Census record suggests that the family lived at 86 Wellington Street, which also no longer stands.)

James had one brother and one sister.

James and Mary Ellen had at least four children, but given at least one of those children is still living, I will leave this part of the record incomplete.

At some point likely in the forties, James and Mary Ellen divorced and Mary Ellen remarried to Edward Visheau on October 8, 1947. Edward had several children from two prior marriages. The couple had two more children.

Mary Ellen Warron died on June 23, 1977. She is buried with her second husband in Holy Sepulchre Cemetery.

*This post was updated on January 19, 2019 from it’s original in March, 2017 to include marriage information just released from the Ontario Archives.

After being discharged from the Canadian Expeditionary Forces, John James Joseph “Jack” McPhail married Annie George. The couple had five children together. END_OF_DOCUMENT_TOKEN_TO_BE_REPLACED

William Alfred Webb married Louie Shepherd on December 31, 1904, in Bradford, Lancashire, England. They had five children, but only two survived to adulthood. END_OF_DOCUMENT_TOKEN_TO_BE_REPLACED

Isabella Griffin never married. She was the postmistress at the post office in Kingston Seymour, England. END_OF_DOCUMENT_TOKEN_TO_BE_REPLACED