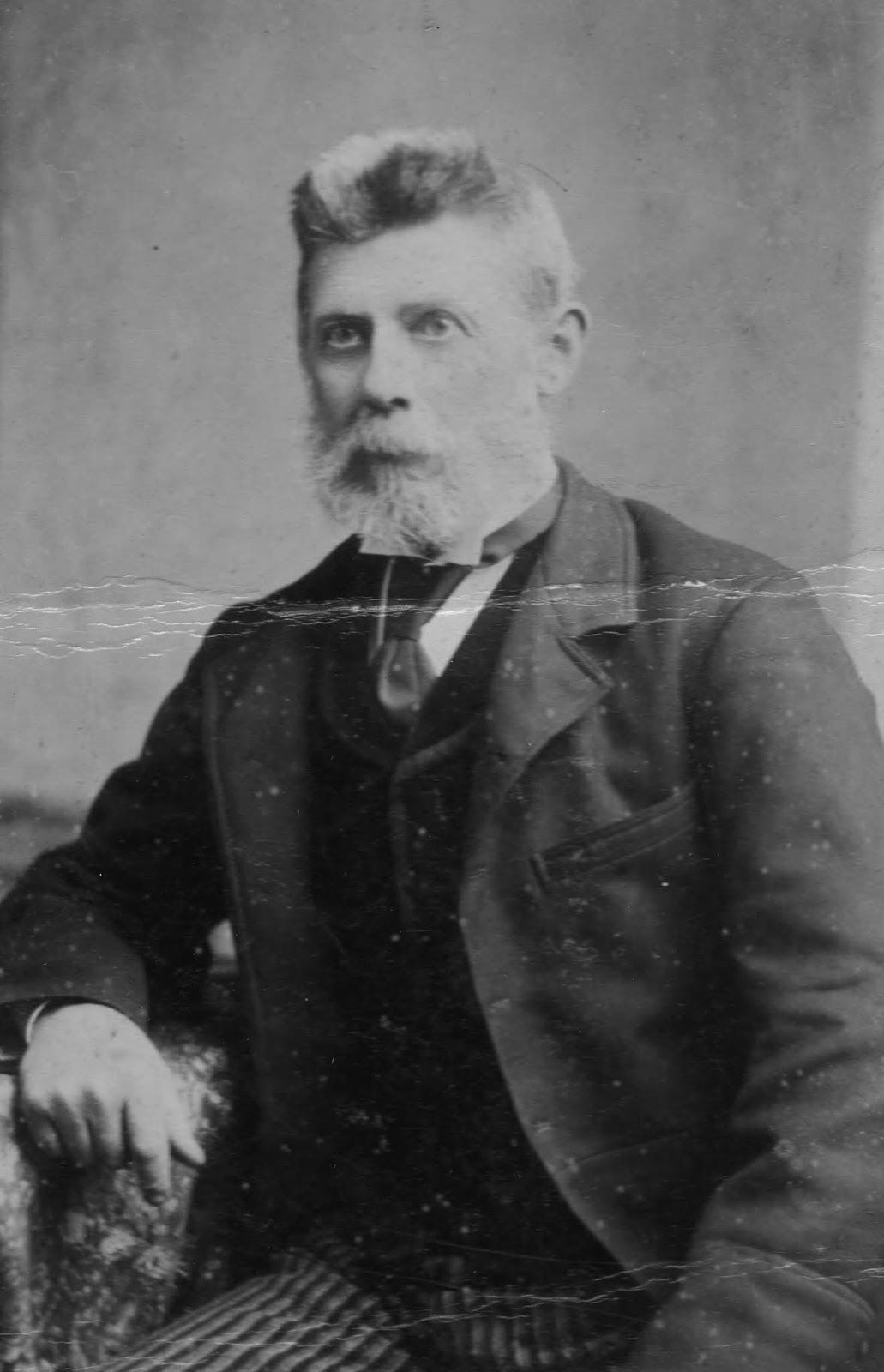 They had seven daughters and five sons over 16 years:

Their first child was a son, James Griffin, named for his paternal grandfather. James was born on February 17, 1863, and baptized on March 15th at the All Saints parish church in Kingston Seymour.

Jane Griffin, a daughter, was the next born, exactly a year later on February 17, 1864. She was baptized on March 20th in Kingston Seymour.

A third son, Thomas Goulstone Griffin, comes next, on March 7, 1871, named for his maternal grandfather (including taking his mother’s maiden name as his second). He’s baptized on March 9, 1871. (Later documents suggest that Thomas was born in 1874, but as he appears on the 1871 census, we know that later documents are incorrect.)

We find the family on the 1871 British census. Charles is a farmer of 97 acres, employing one man and one boy. James, Edward, and Lucy are at school.

Samuel Laughton Griffin is the next son to be born in 1872. His exact date of birth is unknown, but he is baptized on September 29.

Charles Martin is the fifth and final son born in 1879. He’s baptized the same day as his cousin, Samuel Austin Griffin, on August 23.

The couple’s final child is their eighth daughter, Edith Mabel Griffin, born in 1880 and baptized on September 28.

In 1881, amazingly, all 11 surviving children are still living at home. Charles, now 43, is still described as a farmer of 97 acres, but now employs only one labourer (likely because he has sons who have taken the place of the boy). James is described as a clerk in a Merchant’s office. Edward and Lucy Mary are assisting on the farm. Clara, Amy, Tom, Samuel and Emily are all in school.

On April 29, 1885, a story about Charles appeared in the Frome Times. It appears he was sending five pigs by train, but they were overwhelmed by the heat (but, bonus, would have been great if they’d just had a bacon party).

By the 1891 census, Charles (54) is now just described as a “farmer” at Rookery Farm. (This is likely the same address as the previous censuses, but as it was a rural location, postal addresses were difficult for census takers to record.) Edward (25) is a corn factor (a person who deals in corn). Samuel has no job attributed to him, and is likely helping on the farm. Emily is an assistant in a dairy. Margaret, Eliza, Charles, and Edith are at school. Charles’ widowed mother, Mary Gould, is also living with the family. A modern-day review of Rookery Farm appears on the Gentleman’s Journal site. Assuming this is the same site (there are no address details, but it is in Somerset), from the photos of the house, I can see how they fit 12 children.

By 1891, James has left home and is a “commercial traveller.” Lucy is a servant in a home in Gloucestershire. She’s married before the year is out. Amy is living with her maternal uncle, Edwin Goulstone. I haven’t located Thomas or Amy in 1891.

Charles’ estate cleared probate on May 25, 1893, he left everything to Lucy.

In 1901, Lucy is living with James and his wife Clara.

Lucy’s estate cleared probate on June 18. The residue of her estate was left to her sons James and Edward.

After being discharged from the Canadian Expeditionary Forces, John James Joseph “Jack” McPhail married Annie George. The couple had five children together. END_OF_DOCUMENT_TOKEN_TO_BE_REPLACED

William Alfred Webb married Louie Shepherd on December 31, 1904, in Bradford, Lancashire, England. They had five children, but only two survived to adulthood. END_OF_DOCUMENT_TOKEN_TO_BE_REPLACED

Isabella Griffin never married. She was the postmistress at the post office in Kingston Seymour, England. END_OF_DOCUMENT_TOKEN_TO_BE_REPLACED