Robert Martin Gardiner emigrated from England to Canada where he married Laura Eleanor Bovaird on May 18, 1892. 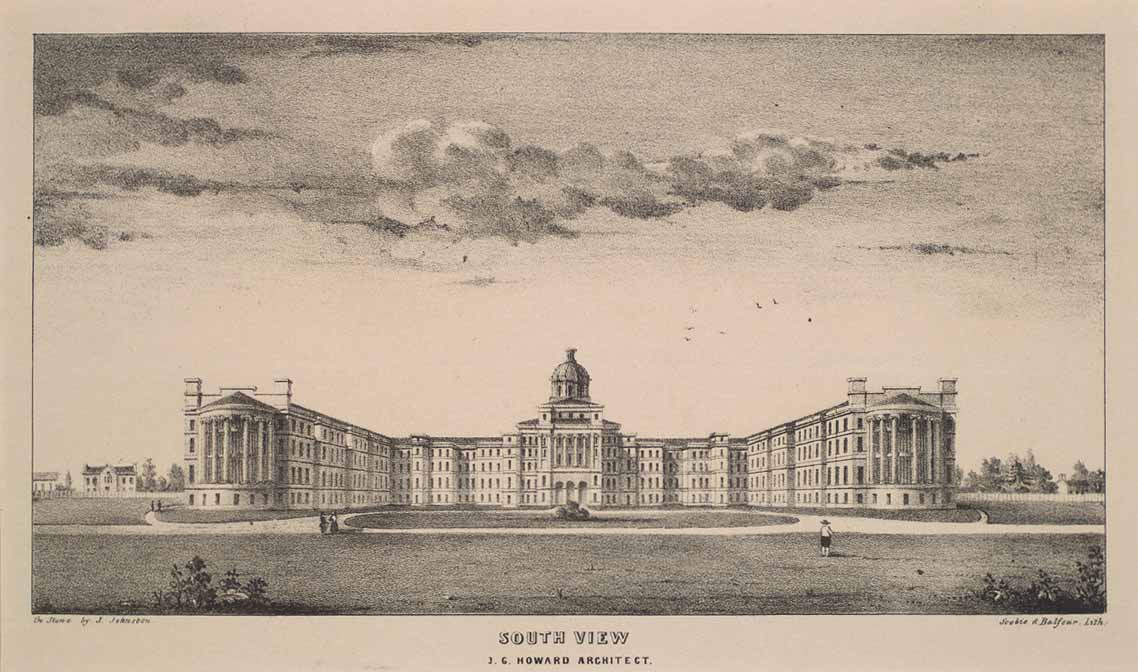 At some point between the 1871 census and his marriage, Robert emigrated to Canada, possibly with one or two of his brothers (or following them), as both Samuel Gardiner Jr. (1859-1914) and Charles Gardiner (1861-1940) both settled in Hamilton, Ontario, which is where Robert married Laura Eleanor Bovaird on May 18, 1892. The marriage certificate is the first documentation we have of Robert living in Canada—no emigration documents have definitively pointed to when Robert arrived, and he does not appear on any census in Canada prior to 1892.

When Laura Eleanor Bovaird was born in August 6, 1870, her father, James Bovaird, was 35, and her mother, Sarah Ann Jemima (nee Dudley), was 35. Laura had four sisters and one brother. One of her sisters, Minerva Cordelia, married Robert’s brother Charles (but more on that later).

They had one daughter together:

At some time after Sarah Marjorie’s birth, Laura was hospitalized at the Hamilton Insane Asylum (possibly for postpartum depression? I’ve sent away to see if I can get copies of the records from the Archives of Ontario). In 1901, Robert is found on the Canadian census living with Marjorie as well as his mother-in-law, Sarah and sister-in-law, Emily Louise Bovaird (who is a bookkeeper). Laura hasn’t been located on this census, but presumably, she is hospitalized.

In 1908 we find a Naturalization Record for Robert, who has moved to Hartford, Connecticut. Alone. The record suggests that Laura is living with her sister Minerva (and Robert’s brother Charles) at 75 St. Clair Avenue in Hamilton. It also suggests that Marjorie has been left behind. He’s living at 591 New Britain Avenue in Hartford Connecticut and working in a local factory.

Oddly, a check of the 1910 US Census does not show Robert at 591 New Britain Avenue, there’s another family living there. Possibly he’s returned home for a period after his naturalization or for a holiday. I also haven’t located Laura on the 1911 Canadian census (Minerva, Charles and Sarah Marjorie also haven’t been located).

In 1920 we find Robert still on New Britain Avenue, now living as a roomer in the home of Nellie L. Werner. His occupation is listed as a mechanic/engineer.

Nellie does not live at 591 New Britain in 1910, she’s at 575, a servant in the home of John and Harriet Belden. It appears likely that Robert and Nellie met because they were neighbours. Nellie does not appear to have an occupation in 1920.

In 1921, Laura is a patient at 999 Queen Street – the Toronto Lunatic Asylum (pictured above).

Sarah Marjorie is living with her mother’s sister Minerva and her father’s brother Charles at 175 Jackson Street West in Hamilton at the time of the 1921 Census. Her grandmother is also still living with her. It’s unknown whether Sarah spent any extended period of time with her mother during her childhood, but fairly clear that she didn’t spend a lot (if any) time with her father. The census suggests that “Marjory” has been educated and is working as a teacher. It is unknown whether the child was raised mostly by her grandmother or by her aunt (or by someone else entirely).

On the 1930 census, Robert and Nellie are still living on New Britain Street.

No further records are located for Laura until her death on February 24, 1932, in Wentworth, Ontario, Canada, at the age of 59.  I have searched both the Toronto and Hamilton papers and not located any obituary. The details on the certificate are scant. She appears to have died at the Hamilton Asylum (called Ontario Hospital on the certificate) of arterial sclerosis. Her exact date of birth and the names of her parents are not provided. The informant is her husband, Robert, which might explain the lack of information, as he’s still living in Connecticut. The certificate suggests she was buried at Woodland Cemetery, but a headstone marking her passing has not been located. There is also no mention of Sarah Marjorie, who has married, moved to the United States and had three children by this time (she’s living in New Jersey on the 1930 and 1940 censuses).

Hartford City directories between 1933-1939 suggest that Robert is a manager at the Safety Firearms Company and lists Nellie Gardiner as his spouse.

I have not been able to trace Nellie’s heritage (although all census information suggests that her family line comes from Germany). One anomaly exists: the 1931 directory does not list Nellie with Robert, however it does list a “Robert M. Jr.” No other records have been located confirming the existence of a son.

Robert Gardiner died on December 22, 1939, in Hartford, Connecticut, at the age of 81. The obituary references his one remaining brother in Canada (Charles is still alive in 1939, but Samuel has died), as well as three of his surviving sisters (Amy, Kate and Martha) and one brother (William) still in England. There is no mention of his daughter or her children, and no mention of a son. He’s buried at the Cedar Hill Cemetery in Section 3, Lot 34.

Hartford Directories after Robert’s death list Nellie Gardiner as his widow. Nellie Werner died on November 21, 1942, in Hartford, Connecticut, at the age of 80. She is also buried in Cedar Hill Cemetery in the same plot as Robert.

Samuel Dutton, son of Edward Dutton, married Emma Podmore in Warrington, England. The couple emigrated to Canada and had one daughter. END_OF_DOCUMENT_TOKEN_TO_BE_REPLACED