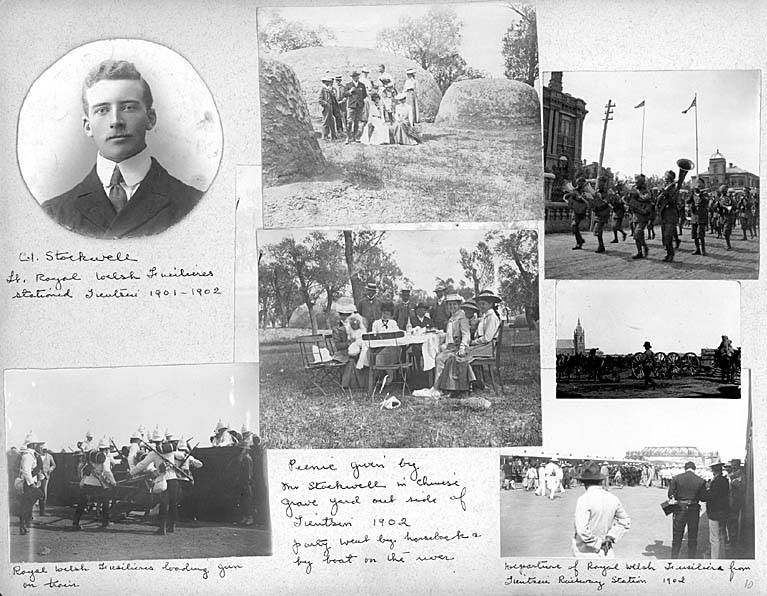 When James Robert Squires was born on March 1, 1872, in Chester, Cheshire, England, his mother, Sarah (nee Webb) (1842-1915), was 30. Although James Robert appears to have been named for Sarah’s husband James Squires, James Sr. died in 1866, effectively ruling out the possibility he was Jr.’s father.

James had four sisters (one adopted) and three brothers.

Our James Robert Squires disappears after the 1881 Census. Born in 1872, by 1891 he certainly would have been old enough to leave home. So that leaves multiple possibilities:

I have found records indicating that a James Robert Squires born in 1872 in Cheshire served in the British Army in India. A probate record dated 1917 indicates that this James Robert was a lance-sergeant with the 2nd Battalion Royal Welsh Fusiliers.

It’s odd though that there’s no indication that his meager estate was left to his family (his mother, Sarah (Webb) Squires died three years later in 1915).

There is a burial record that indicates that the same James Robert Squires was buried on May 18, 1912, in Quetta, Bengal, India.

There’s also a record of his effects after death which indicates his next of kin was a “Miss S.A. Ackerley” (which doesn’t match anything we know…but does not mean that it’s not the same person). (Side note, JR’s brother William Richard Webb married Elizabeth Dutton who was the daughter of Edward Dutton and Mary Ackerley – but this may just be a coincidence).

The RWF JR was also born in Chester, that he enlisted on August 15, 1890 (which would solve the issue of not being found on further censuses after 1881). It suggests he was a butcher at the time of enlistment (again, something we didn’t know…but doesn’t necessarily rule out a connection).

He’s also listed on the 1911 England Census Return of All Commissioned Officers:

I found a Google book entitled Quetta: Monuments and Inscriptions, Baluchistan, Pakistan. The book is not available online, but I was able to locate a copy in the Toronto Public Library’s stacks. The entry for James Squires reads:

The date on this entry does not match the previous entries regarding the RWF James Robert Squires, but the rest of the information does (there’s probably just an error between the burial/death dates).

After being discharged from the Canadian Expeditionary Forces, John James Joseph “Jack” McPhail married Annie George. The couple had five children together. END_OF_DOCUMENT_TOKEN_TO_BE_REPLACED

William Alfred Webb married Louie Shepherd on December 31, 1904, in Bradford, Lancashire, England. They had five children, but only two survived to adulthood. END_OF_DOCUMENT_TOKEN_TO_BE_REPLACED

Isabella Griffin never married. She was the postmistress at the post office in Kingston Seymour, England. END_OF_DOCUMENT_TOKEN_TO_BE_REPLACED