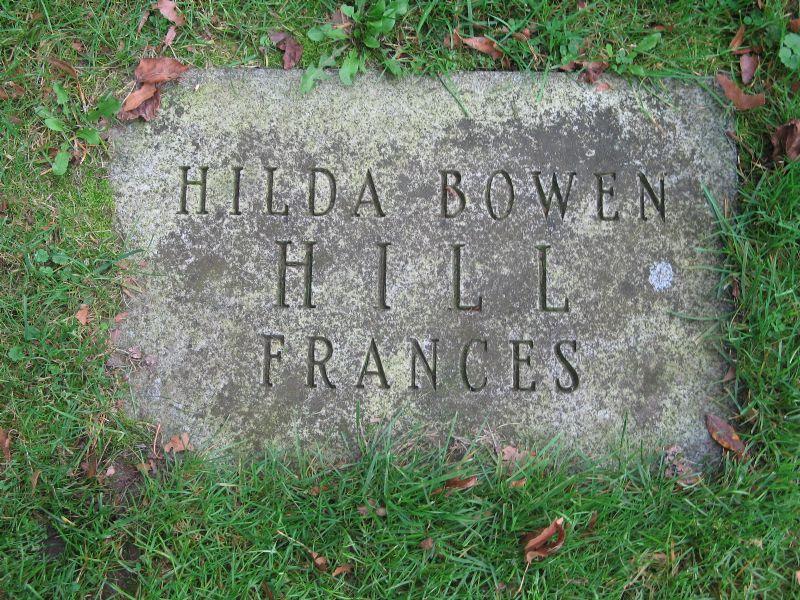 On April 27, 1914, at the age of 26, Hilda gave birth to a daughter, Dorothea (likely named for her mother’s sister Dorothy, who lived for less than a year). Dorothea (who later takes the name Frances Dorothea Bowen), does not appear on the 1921 census with her mother (who is living with brother Frederick Samuel Gardiner at the time).

Both Frederick and Hilda were living in Oakville, Ontario at the time of the marriage. Frederick’s occupation is listed as a Farmer. Hilda’s brother Frederick and sister Marion were witnesses.

Frederick George Bowen was born in 1898 in Birmingham, Warwickshire, England, the son of John Bowen and Elizabeth (née Haines).

Hilda and her daughter Frances are buried in Section R, Plot 0185 at Fairview Cemetery in Niagara Falls.

I have also not located any information related to the death of Frederick Bowen. There is a Frederick Bowen buried at Fairview Cemetery and he was someone’s husband, but the dates don’t match, and this Fred’s middle initial was R. not G. I also checked the Niagara Falls Library listing for Frederick’s obituary and was not able to locate it.

Samuel Dutton, son of Edward Dutton, married Emma Podmore in Warrington, England. The couple emigrated to Canada and had one daughter. END_OF_DOCUMENT_TOKEN_TO_BE_REPLACED