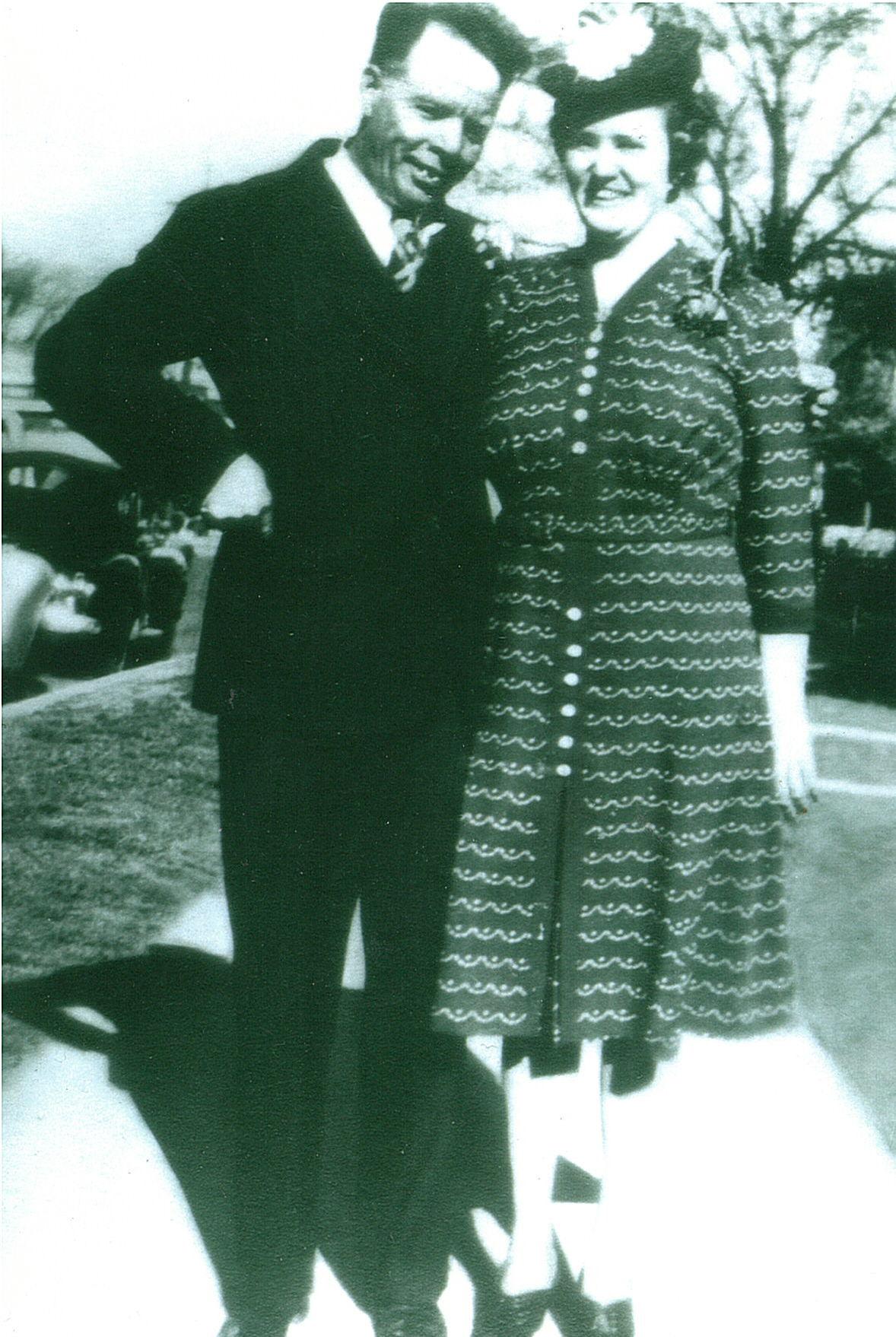 Records show Leonard crossed the border in March 1924, possibly to visit his future bride (or maybe to meet her for the first time). Less than a month later,  Leonard married Alice Elizabeth Eagan on May 14, 1924. Nipper’s sister Mary and Alice’s brother John witnessed the marriage at St. Patrick’s Church in Toronto, Ontario. Nipper’s occupation is listed as a “fireman.”

The family lived at 9 Cluny Avenue in Hamilton, Ontario, with Alice’s family.

Alice and Leonard were in a horrific automobile accident in Highway 6 in Caledonia on July 4, 1947. Their car stalled on the highway and as they were preparing to tow it, a car crashed into the back. An article from the July 14th Hamilton Spectator suggests:

According to the Provincial Constable K.W. McLay, Mr. McPhail’s car had stalled on the highway and one driven by Lloyd Kingsborough, 192 West 2nd Street, had been drawn up in front of it, to tow it to a garage.

Mr. McPhail was linking the bumpers of the cars with a rope and his wife was sitting in the rear seat of the car when a third machine driven by Malcom Chisholm of Caledonia, crashed into the rear of it.

Mr. McPhail was badly crushed between his car and the Kingsborough car and his wife suffered back and head injuries. Their two sons, also in the car, suffered lesser injuries and were discharged from hospital late last week.

Alice died on July 13, 1947, at the age of 44, as a result of injuries sustained in the crash. The cause of death is “myocardiac failure due to the existing disease of the mitral valve with incompetence and precipitating by shock due to fracture-dislocation of the neck with the spinal cord injury due to violence.” Her obituary, from the Hamilton Spectator, reads:

Leonard survived his wife, but also had extensive injuries from which he never recovered. He died less than a year later on June 30, 1948, in Hamilton, Ontario, at the age of 50. His obituary, from the Hamilton Spectator, reads:

The couple were laid to rest together in Holy Sepulchre Cemetery in Burlington, Ontario. The stone reads:

After being discharged from the Canadian Expeditionary Forces, John James Joseph “Jack” McPhail married Annie George. The couple had five children together. END_OF_DOCUMENT_TOKEN_TO_BE_REPLACED

William Alfred Webb married Louie Shepherd on December 31, 1904, in Bradford, Lancashire, England. They had five children, but only two survived to adulthood. END_OF_DOCUMENT_TOKEN_TO_BE_REPLACED

Isabella Griffin never married. She was the postmistress at the post office in Kingston Seymour, England. END_OF_DOCUMENT_TOKEN_TO_BE_REPLACED