William married Sarah Hawkins on May 19, 1825, at St. James the Great in Paulerspury, Northamptonshire, England. The couple had 11 children. 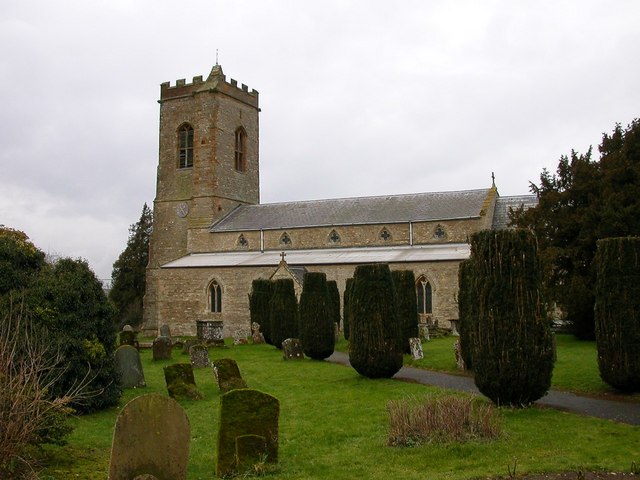 When William Webb was born in 1807 in Northamptonshire, England, his father, Richard Webb, was 20 and his mother, Sarah (née Maycock), was 20.

William married Sarah Hawkins on May 19, 1825, at St. James the Great in Paulerspury, Northamptonshire, England.

Sarah Hawkins was born in 1806 in Jersey, Channel Islands. Her parents are unknown.

The couple had eleven children over the course of 26 years.

It appears that Sarah may have been pregnant at the time of the marriage. The couple welcomes their first daughter, Eliza before the end of the year. Eliza is baptized at St. James the Great on December 4, 1825. William’s occupation is noted as “labourer.”

Another daughter, Ann Webb follows, less than two years later. She is baptized on October 4, 1829.

John does not make it to his third birthday. He is buried in the church cemetery on February 18, 1830.

The couple’s third daughter, Elizabeth, is born in 1833 and baptized on October 6th.

Another daughter, Mary Webb, is born in 1836 and baptized on July 3rd.

The couple’s next daughter is named Jane, and she’s baptized on September 30, 1838.

The family has not been located on the 1841 census, but sometime after the birth of Jane, they move to Middlesex.

In 1842 while in Kensal Green, the couple, welcomes another daughter, Sarah Webb. A baptismal record has not been located, but it is likely around this period that William joins the railroad. The couple welcomes another daughter, Eleanor Goodworth Webb two years later, while still in Kensal Green. No baptismal record has been located for Eleanor either, but her birth is recorded in Hendon, Middlesex.

The death of Emma is followed quickly by the birth of Selina Charlotte, who is baptized on November 26, 1848. Selina’s birth record indicates the family was living at 57 Francis Street in Chester at the time of her birth.

The area around Francis Street is currently a housing estate, possibly meaning that the area was destroyed during bombing in one of the World Wars.

The family is recorded on the 1851 census living at 57 Francis Street in Chester. William gives his profession as “Railway Inspector & Plate Layer.” His job would have been to lay and maintain the railway. It is likely that William was working on the Chester to Holyhead (Wales) railway line that started in March 1845. The line opened in 1850. Children listed on the census include Eliza, Elizabeth, Mary, Jane, Sarah, Eleanor and Selina. Daugther, Ann has either married, moved out or died (I haven’t found any records to confirm either outcome). The image resolution for this page of the census is very poor – but it appears that the older three girls list their occupation as dressmaker, and the younger three are in school.

Later that year, it appears likely that Eliza married Robert Hughes in Liverpool, Manchester, England. A marriage is recorded at St. Phillips Church on October 9, 1851. Eliza’s address is listed as “Rose Place” and her father’s occupation is “labourer.” While we know that Eliza married Robert Hughes and her father’s name and job are correct, the fact that this marriage took place in Liverpool so soon after the 1851 census is suspect. However, no other marriage has been located that matches.

The year 1853 was eventful for the family – a final son, William Richard, is baptized on January 23, 1853. His sister Eliza is buried on May 15, 1853, in the churchyard at St. John the Baptist. Burial records indicate she had married a man named Robert Hughes (I have not located any marriage record.) Months later, we find another burial record. William Richard was buried on September 22, 1853, laid to rest with his sisters Emma and Eliza. Records suggest he was 21 months old at the time of his death, placing his birth in December 1851.

Elizabeth marries her husband, Henry Edwards, on May 18, 1856. The marriage register indicates the couple are living on Francis Street at the time of their union. William’s occupation is listed as “Contractor.” Sister Mary is witness to the union.

Eleanor dies and is buried on September 12, 1860, with Emma, Eliza, and William Richard at St. John the Baptist. In 1912, all the headstones were removed from around the church and most were repositioned and laid to the ground forming the footpaths immediately in front of the church. The graves themselves (including bodies) were left in the ground. A burial register remains and has been input into FindaGrave. It includes the entry for the children.

By 1861, the family appears to have moved into the house next door at 59 Francis Street. William was an “Overlooker on Railway.” Daughters Mary,  Jane and Selina are still at home, as is a grand-daughter, Annie Jane Webb. It appears that Annie Jane was born out of wedlock to daughter Jane in 1860. Jane would have been 21 at the time of her birth. On this census, Mary and Jane are dressmakers, and Selina and Annie Jane are at school. Daughter Sarah has also had two children out of wedlock by this time. She is living as a servant in the home of William James Dixon. Her eldest son, William Richard, is living with family, and her younger son, Alfred Thomas, is a nurse child.

Mary marries Joseph Bellyse in 1862. Jane marries her husband Alfred Wood in 1863. Sarah marries her husband James Squires in 1864. Selina marries Edwin Henry Dyke in 1865. With the exception of Jane, each daughter lists her home address as Francis Street, and William’s occupation as “Railway Inspector.” All three of their husbands work for the railroad. Jane lists her residence as in Christleton, Cheshire, and her father’s occupation as Contractor (similar to sister Elizabeth). A marriage announcement in the Cheshire Observer links the two events.

By the 1871 census, all of William and Sarah’s children have left the nest – but they have two of their grandchildren in the home at the time of the census. The family is now at 61 Francis Street. Annie Jane is 12, and at school and Rosina Dyke, only 2, is possibly staying with her grandparents due to the recent birth of her brother. At the age of 64, William’s occupation is “Permanant Way Inspector” – he had responsibility for making physical inspections of the railway tracks. They also have a servant, Barbara Price.

William Webb died on January 23, 1872, in Cheshire, England, at the age of 65, and was buried at Overleigh Cemetery in Chester.

On the 1881 Census, we find the widowed Sarah still living at 61 Francis Street, joined by her widowed daughter, Sarah (now Squires) and several of her children. The elder Sarah’s occupation is listed as “Property Owner.”

Sarah Webb died on April 14, 1888, in Chester, Cheshire, England, having lived a long life of 82 years. The death is recorded in the Cheshire Observer.

Sarah is buried in a family plot with her husband at Overleigh Cemetery. The stone reads:

Samuel Dutton, son of Edward Dutton, married Emma Podmore in Warrington, England. The couple emigrated to Canada and had one daughter. END_OF_DOCUMENT_TOKEN_TO_BE_REPLACED