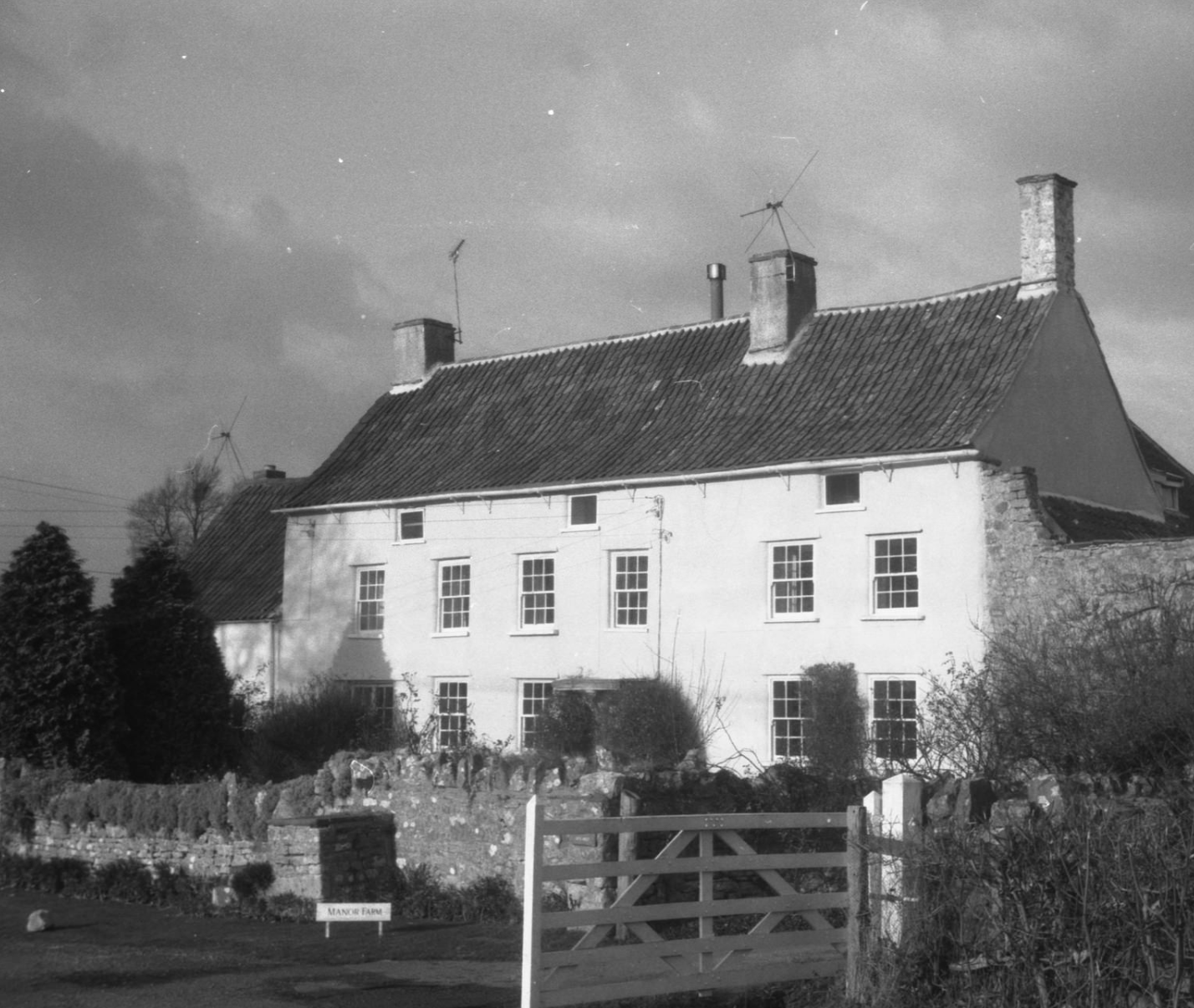 *Wallace was baptized Wallis, his mother’s maiden name. He appears to have adopted the more common spelling as all documents in his adult life are spelled Wallace, so I will use that spelling here.

Wallace married Mary Ann Price, a widow, on February 18, 1889, at the Church of St. Mary the Virgin in Yatton, Somerset, England. At the time of the marriage, Wallace is a farmer.

Prior to marrying Wallace, Mary Ann was married to Frank Parsons (son of James and Ann Parsons) on April 13, 1886, in Clapton in Gordano, Somerset, England. Mary Ann was widowed when Frank died suddenly on July 9, 1887. The couple had no children.

Wallace and Mary Ann had five children in 13 years:

The couple’s firstborn child is a son, Leonard Wallace, is born November 7, 1889, and baptized at the same church his parents were married in on December 8th. (And can we take a moment to admire the Curate’s handwriting and the fact that he took the extra time to record the birth date?)

Mervyn George is born next in 1891. Unlike his brother, the date of his birth is not recorded in the register, but his birth, on March 6, 1891, is announced in the Weston Super Mare Gazette. He was baptized on April 1, 1891.

The family appears on the 1891 Census in Lower Claverham. Wallace is a farmer. Their two sons are at home. They employ both a domestic servant and a farm servant, who are listed as living with them.

An advertisement appears in the October 21, 1893 Bristol Mercury which suggests that Wallace sold his farm by auction on October 31 of that year.

The couple’s first daughter, Vida Florence, is born on December 18, 1893, and baptized on Christmas Day at St. Mary’s church in Wedmore. By this time, Wallace is the Inn-Keeper at the Swan Inn in Wedmore. (Side note – the Swan Inn is still an operating boutique hotel and pub in Wedmore, and I hope to visit someday!)

On January 17, 1894, an article in the Taunton Courier and Western Advertiser suggests that Wallace received the license for the Swan.

On April 26, 1894, an article appears in the Wells Journal that references Wallace.

A similar article appears in the Wells Journal on March 11, 1897.

An August 27, 1897 article in the Weston Super Mare Gazette suggests that the license for the Swan was transferred from Wallace to a James Kingstone.

On March 5, 1898, the paper suggests that Wallace has taken the license for the Bath Arms in Cheddar. (Side note: The Bath Arms is also still operating as an Inn and Pub.)

On the 1901 England Census, we find Wallace, Mary Ann, and their children living in Cheddar. Wallace’s occupation is described as an “Oilcake and Insurance Agent” (oilcake is used for food for livestock).  Mary Ann’s father, George Price, is unemployed and living with the family.

Olive Mary is born on May 2, 1903, and baptized on the 31st at St. John the Baptist in Axbridge. Wallace’s occupation is Licensed Victualler (a landlord of a pub would have needed a license to sell alcohol, but it’s possible, given the 1901 Census, that Wallace is no longer the owner of the Swan by this point).

Cyril Griffin is the last child born in December 1904. He’s baptized on December 18, 1904, and the baptismal record suggests that he died the next day.

On March 19, 1908, reference is found in the Wells Journal to both Wallace and Mary Ann, who testify at the trial of a bicycle thief. The article suggests that Wallace “kept the Banwell Stores in the Square at Axbridge.”

In 1911, the family is at 4 Queen Road in Bristol. Wallace’s occupation is described as a clerk. Mary Ann is a housekeeper. Leonard and Mervyn are Grocer’s Assistants, and Vida is a cashier/assistant at an “Outfitters” – a shop that sells specialized clothing. Olive is still at school.

After the 1911 England Census, I lose track of the family. I believe that Mary Ann died in 1914 in Bristol, at the age of 50 and Wallace died in 1938 at the age of 75 (there are matching death registrations). I haven’t found any photographs of either of them.

After being discharged from the Canadian Expeditionary Forces, John James Joseph “Jack” McPhail married Annie George. The couple had five children together. END_OF_DOCUMENT_TOKEN_TO_BE_REPLACED

William Alfred Webb married Louie Shepherd on December 31, 1904, in Bradford, Lancashire, England. They had five children, but only two survived to adulthood. END_OF_DOCUMENT_TOKEN_TO_BE_REPLACED

Isabella Griffin never married. She was the postmistress at the post office in Kingston Seymour, England. END_OF_DOCUMENT_TOKEN_TO_BE_REPLACED