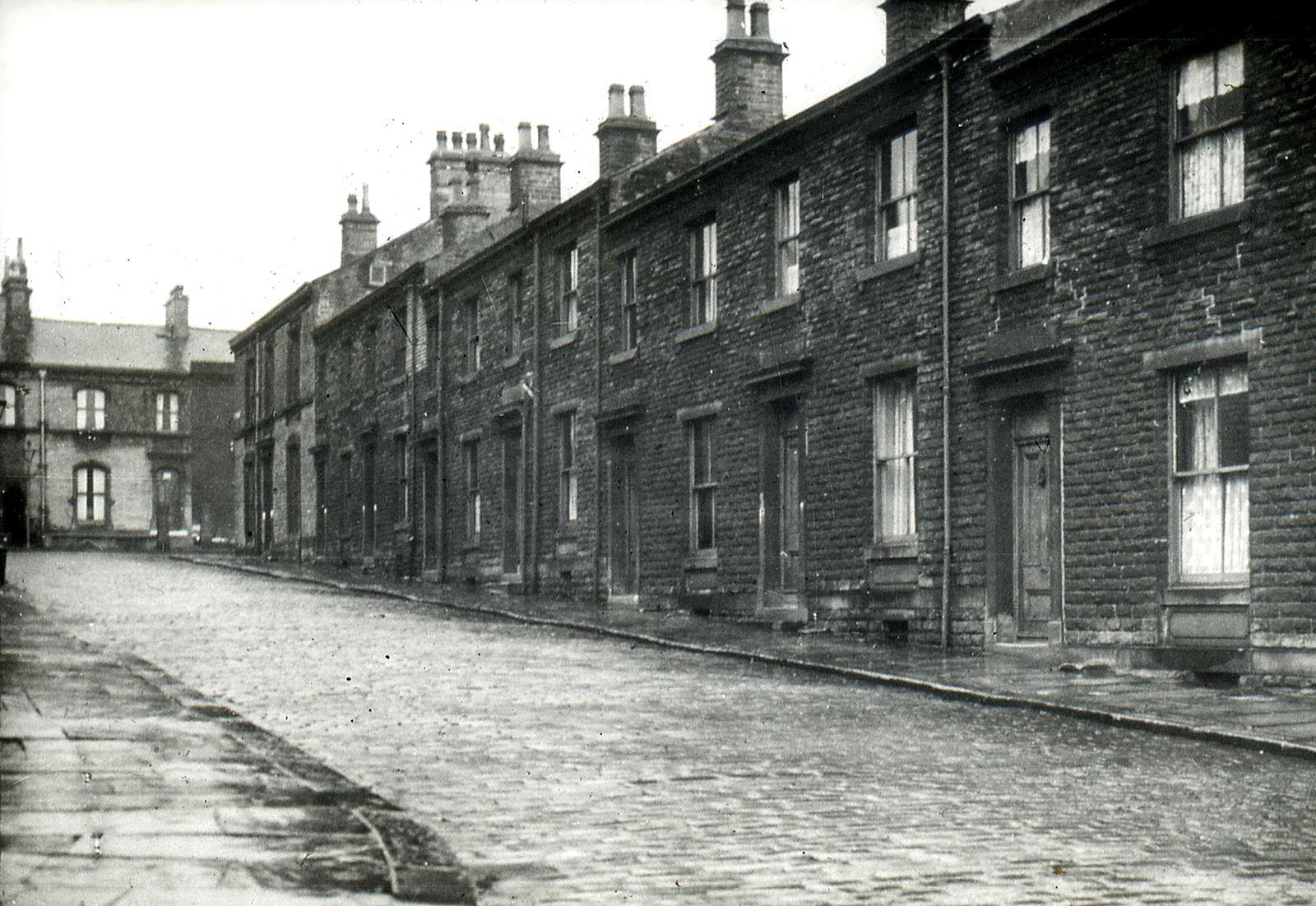 Thomas married Margaret Moir on July 4, 1885, at St. James’ Church in Chorley, Lancashire, England. The couple’s marriage certificate suggests that their families were living in the same block on Lyons Lane in Chorley, with Thomas (a collier) at number 30 and Margaret (an ironer at the local bleach works) at number 25. (The area appears to have been refreshed, with a roundabout and a series of strip malls.)

Margaret Moir was born in 1861 in Cumberland, England, the daughter of Charles Moir, a Labourer. (I have not located any further information about her family prior to her marriage). The marriage was witnessed by Jane Moir (presumably a relative), but I have not found Charles, Margaret and Jane Moir in Cumberland between 1861-1885.

They had three children in 11 years:

The youngest child, John Longworth, was born on February 6, 1888 and baptized at St. James’ on April 1st. The family is living at 3 Brighton Street in Chorley and Thomas’ occupation is still a Collier. The home is a couple of blocks from the church.

On the 1891 census, we find Thomas and Margaret with their firstborn John in a four-room house at 13 St. James’ Street. Thomas’ occupation is an “insurance agent.”

In 1893, the family welcomes their second son, Osborne Longworth, on April 3rd. He’s baptized at St. James on May 7th. Thomas’ occupation is still Insurance Agent, but the family has moved to Canterbury Street. This document suggests that they’re at number 20, but future documents suggest it was number 12.

A daughter, May Longworth, is the final child born on May 28, 1899. She’s baptized on July 2nd. This record has the correct address at 12 Canterbury Street. Thomas’ occupation has changed to School Attendance Officer (he would have been involved in tracking student attendance and enforcing truancy rules).

In 1901, the family is at the same address. As indicated in the last baptismal record, Thomas is working in a School Attendance office. John, now 13, is working as a grocer’s assistant.

In 1911, the family is at the same address. Thomas is still working in a School Attendance Office. Both John and Osborne are working in the local cotton mill.

Thomas Longworth died on November 1, 1919, at the age of 58. A probate record suggests that he was living at 130 Devonshire Road and that Margaret was widowed (and still alive at the time of his death).

Margaret’s date of death is unknown (there are several Margaret Longworths who died in Lancashire between 1919 and 1944. The most likely is one who died in March 1944, but I haven’t been able to confirm). It’s also possible she remarried after Thomas’ death.

Main image: a street in Bury, Lancashire (image via Wikimedia)

After being discharged from the Canadian Expeditionary Forces, John James Joseph “Jack” McPhail married Annie George. The couple had five children together. END_OF_DOCUMENT_TOKEN_TO_BE_REPLACED

William Alfred Webb married Louie Shepherd on December 31, 1904, in Bradford, Lancashire, England. They had five children, but only two survived to adulthood. END_OF_DOCUMENT_TOKEN_TO_BE_REPLACED

Isabella Griffin never married. She was the postmistress at the post office in Kingston Seymour, England. END_OF_DOCUMENT_TOKEN_TO_BE_REPLACED