Samuel and Lizzie Duffield left their native Ireland with their young family for the United States, landing in Providence, Rhode Island. 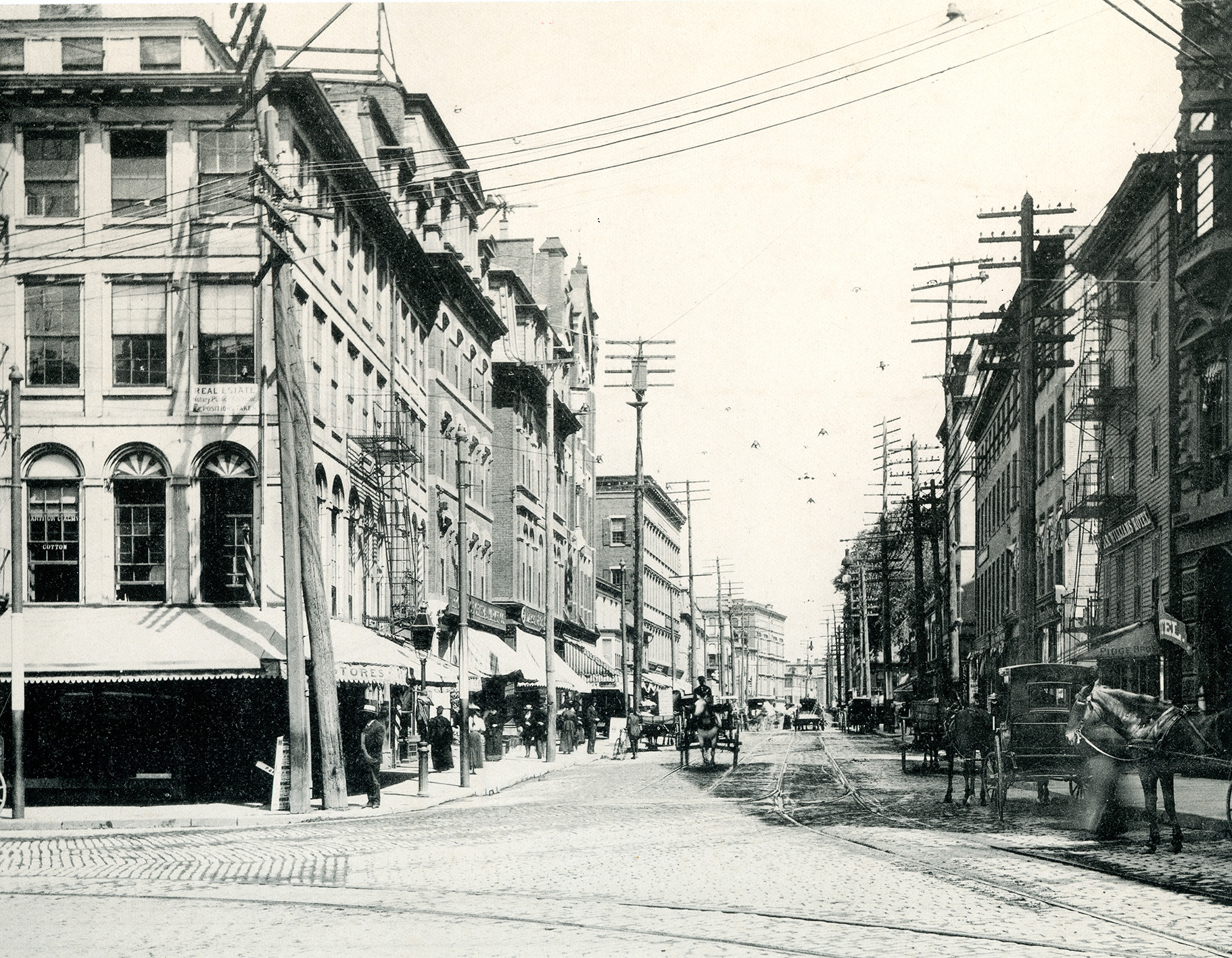 Samuel Duffield was born on September 10, 1857, in Belfast, Antrim, Northern Ireland, the son of John Duffield and Margaret. He married Elizabeth Robinson on December 24, 1879, in Belfast. The marriage was performed by license, and lists Samuel as the son of John, the occupation of both father and son was “dairy man.” Elizabeth’s father James was a farmer. Witnesses to the wedding included Alexander Robinson (likely a relative of Elizabeth – Eliza on the record), and Emily Sow. This record suggests that Samuel was 20 and Eliza was 24. Elizabeth Robinson was born in 1856 in Belfast, Antrim, Northern Ireland, the daughter of James Robinson. They had two children during their marriage. Mary Ellen was born in Belfast on June 11, 1880, and her birth was registered with the Antrim County registration office. She was born just over six months after the marriage of her parents. Her brother, James Alexander, (possibly named for the witness at his parent’s wedding) is born on January 23, 1882, also in Belfast. The family emigrated to America in 1883. A record of their arrival is found on Massachusetts passenger and crew lists. The family arrived on May 14, 1883, on the S.S. Aleppo, a British passenger vessel that departed from Liverpool. The Aleppo had accommodation for 46 first-class and 593 third-class passengers – I suspect that Samuel and Eliza were among the latter group. It is unknown whether the family stayed in Massachusetts at the time of arrival for a period, but in 1885, we find them just before Mary Ellen’s fifth birthday on the Rhode Island State Census. The State of Rhode Island conducted its own census every ten years on the half-decade year between 1865 and 1935. Families are not grouped together on this census, and addresses are not listed. Samuel, listed as age 26 at the time, appears to be a “Teamster” at a grocery store. Elizabeth, “Lizzie” on the census, is 28 and a housewife. Unfortunately, the federal census records for 1890 for Rhode Island were destroyed in a fire, and the state census records from 1895 no longer exist. Elizabeth died on November 28, 1896, in Rhode Island at the age of 40. Her death certificate suggests her cause of death was “delirium brought on by change of life.” Her occupation is listed as a housekeeper, and daughter of  “Robertson” (which we know is Robinson). Her name on the record is “Eliza” and her address at the time of her death is 43 Shawmut “Street” (GoogleMaps suggests this is 43 Shawmut Avenue in Central Falls, Rhode Island). Elizabeth is buried at St. Patrick’s Cemetery. Mary Ellen would have been only 16 at the time of her mother’s death, and James only 14. Samuel died on May 13, 1900, in Providence, Rhode Island, at the age of 42, and was buried in Cranston, Rhode Island. His death certificate indicates that he “fell in corner of room while drunk, head was bent forward on the chest so that he could not breathe.”  It confirms that his wife was Elizabeth Robinson, who has predeceased him, his occupation is “labourer” and his parents are John and Margaret Duffield. He was still on Shawmut “Street” at the time of his death. He was laid to rest in the Pocasset Cemetery in Cranston, Rhode Island. After her parents’ death, Mary Ellen married and eventually emigrated to Canada. James Alexander, orphaned just as he reached adulthood, remained in Rhode Island. He did not marry.

Samuel Dutton, son of Edward Dutton, married Emma Podmore in Warrington, England. The couple emigrated to Canada and had one daughter. END_OF_DOCUMENT_TOKEN_TO_BE_REPLACED