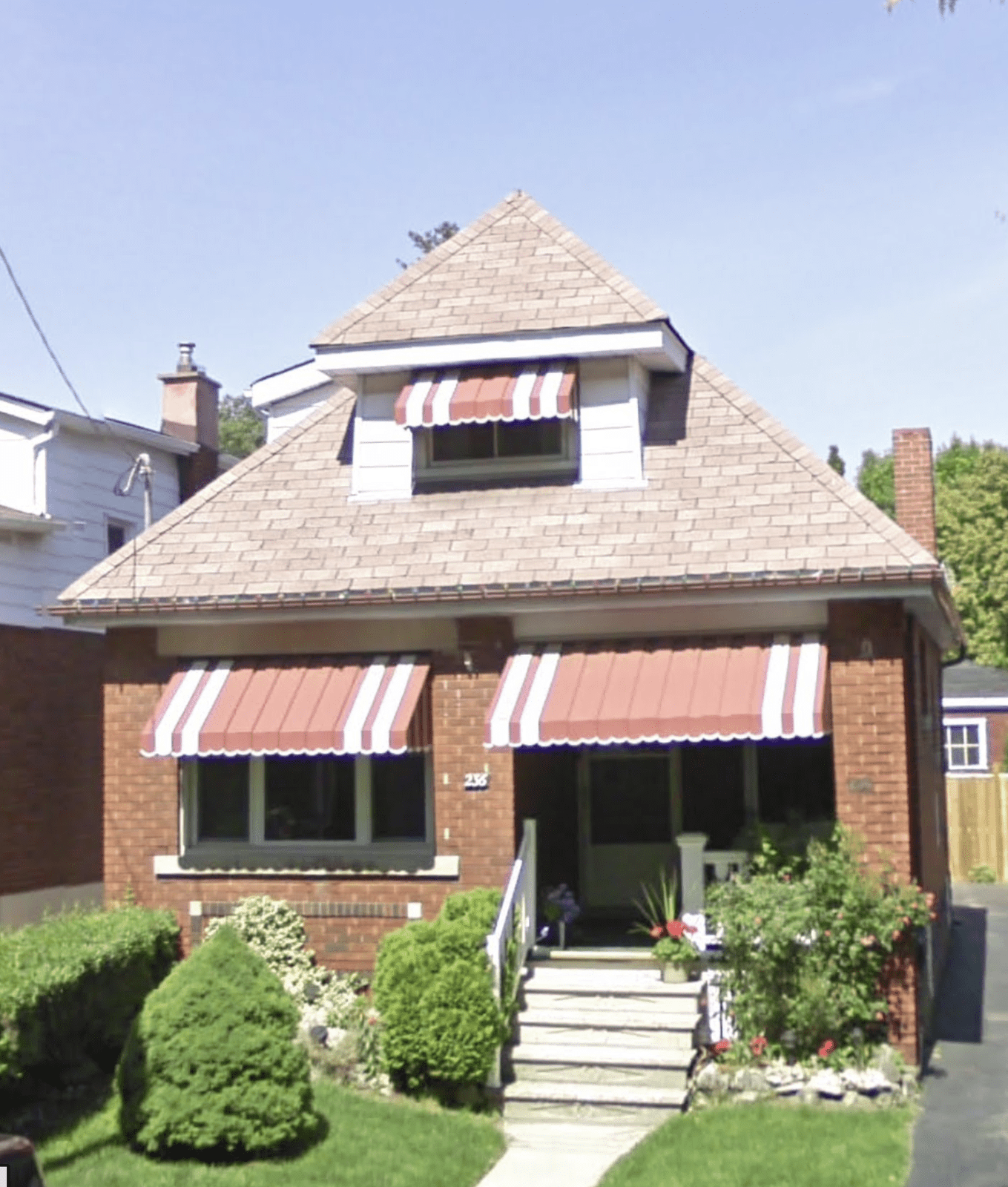 A marriage record hasn’t been located, but Charles married Martha “Irene” Mulvale. Ancestry.com has indexed Ontario marriages up to 1928 and 1933-1935 – as Charles and Irene were likely married in the intervening period, will have to wait until those records are made available.

Charles and Irene had four sons and two daughters including:

Voter’s lists suggest the couple settled at 235 Province Street South (pictured above) in Hamilton, Ontario, within a few blocks of Charles’ parents and his brother. Charles was a mechanic, and later a manager.

After being discharged from the Canadian Expeditionary Forces, John James Joseph “Jack” McPhail married Annie George. The couple had five children together. END_OF_DOCUMENT_TOKEN_TO_BE_REPLACED

William Alfred Webb married Louie Shepherd on December 31, 1904, in Bradford, Lancashire, England. They had five children, but only two survived to adulthood. END_OF_DOCUMENT_TOKEN_TO_BE_REPLACED

Isabella Griffin never married. She was the postmistress at the post office in Kingston Seymour, England. END_OF_DOCUMENT_TOKEN_TO_BE_REPLACED