John (Jack) Longworth married Lottie Crossley on May 4, 1901, in Chorley, Lancashire, England. They emigrated to Canada and had three children. 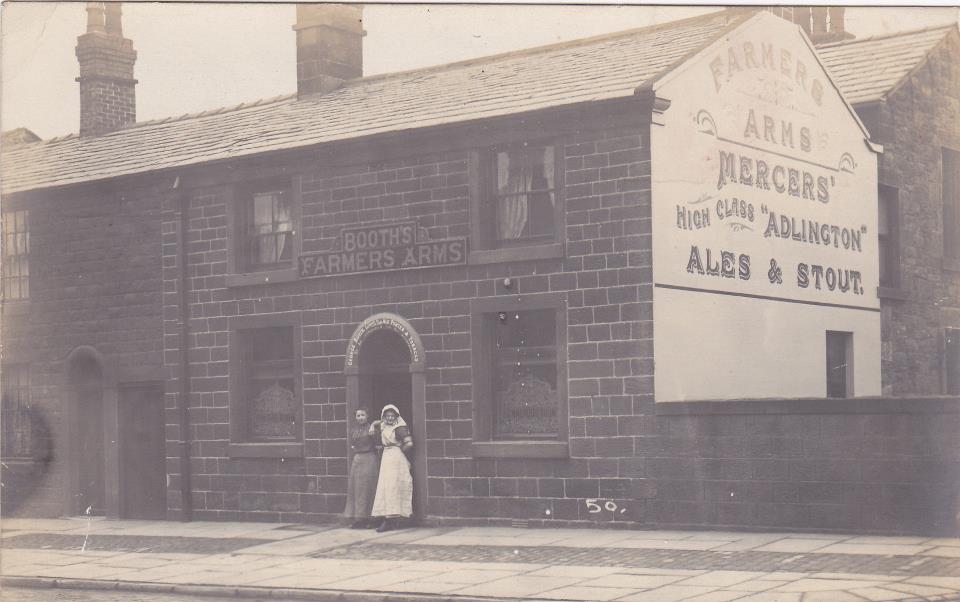 Shortly after the census, Jack married Lottie Crossley on May 4, 1901, in Chorley, Lancashire, England.

Jack and Lottie had three children:

The 1911 England Census finds the family living at 60 Salisbury Street in Bolton, Lancashire with Lottie’s parents. Samuel (32) is a machinist, Lottie (30) is a weaver. John is 7, Isabella is 6, and Lilian is 1.

The family emigrated to Canada on the Allan Line’s RMS Victorian, arriving in Quebec on May 31, 1913.

The couple appears on the 1921 Canadian Census living at 314 Grosvenor Street North in Hamilton, Ontario, Canada (the house appears to have been torn down in favour of a municipal parking lot). Jack, 42 at the time of the census, is a milkman. Lottie (40) is at home with Lilian (11). John Jr. (17) is a Mechanic. Isabella (16) is also working, but I’m unable to read her occupation.

Two Canadian Ocean Arrivals documents for Lottie and Lilian suggest that the family took a trip to England that returned to St. John, New Brunswick on March 15, 1924. They visited Lottie’s sister, Edith (married as ‘Dyson’) who was living at 163 Derby Street in Bolton. The family is still living on Grosvenor Street.

Jack died on November 13, 1929, in Hamilton, Ontario, Canada, at the age of 50. His death record suggests that he’d been ill and under a doctor’s care for over six months. He’s buried in Woodland Cemetery Section 26C, Row 8, Grave 4.

There is a Canadian Passenger List entry just over a year later, dated November 15, 1930, showing Lottie returning from England, arriving in Quebec. The record suggests she’s returning to the home on Grosvenor Street.

Oddly, a May 3, 1947 border crossing to Buffalo shows Lottie heading to New York en route to England again. Odd because the record refers to a return to her almost 20 years dead husband. The address given is 89 Huxley Avenue South, in Hamilton.

A matching passenger list shows Lottie returning from England to New York on the Cunard Ship the RMS Queen Mary on April 15, 1948. The address she was visiting was 113 Thicketford Road in Bolton, to visit her sister Edith. (Interesting – my husband and I made a trip out of NYC this past summer on Cunard’s Queen Mary II.)

Lottie didn’t remarry after Jack’s death and her obituary suggests that she was still living on Grosvenor Street at the time of her death. She died on March 8, 1967, at the age of 86 and she is also interred at Woodland Cemetery, with her husband.

After being discharged from the Canadian Expeditionary Forces, John James Joseph “Jack” McPhail married Annie George. The couple had five children together. END_OF_DOCUMENT_TOKEN_TO_BE_REPLACED

William Alfred Webb married Louie Shepherd on December 31, 1904, in Bradford, Lancashire, England. They had five children, but only two survived to adulthood. END_OF_DOCUMENT_TOKEN_TO_BE_REPLACED

Isabella Griffin never married. She was the postmistress at the post office in Kingston Seymour, England. END_OF_DOCUMENT_TOKEN_TO_BE_REPLACED