John Griffin married Sarah Jane Goodland on March 24, 1884, in the parish church of St. Paul in Kewstoke, Somerset, England. They had five sons and one daughter. 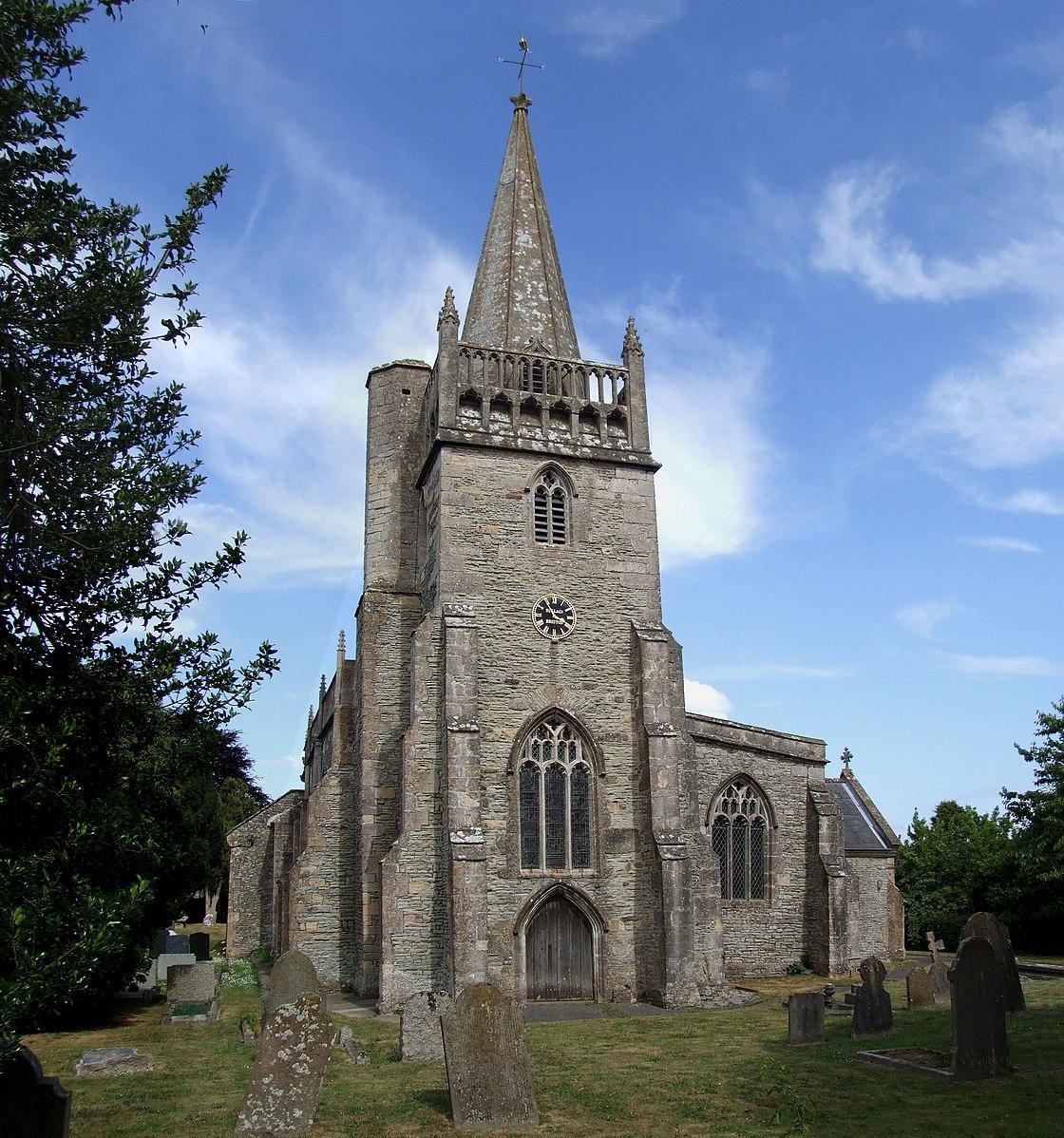 They had six children during their marriage: John and Sarah Jane settled in Somerset, England, and their first son followed almost exactly nine months after their marriage. John Harold Griffin was born on December 28, 1885, and baptized in the parish church at Kingston Seymour, the Church of All Saints, on January 15, 1886. John Sr.’s occupation is listed (as in future records) as a farmer, and Sarah Jane is simply “Jane”. John Harold is followed by a brother, Phillip, who survives only four days from his birth on April 4, 1887. He’s baptized in the same church as his older brother on April 7, and laid to rest there the next day. By the time Arthur Bird is born, the family has settled in Backwell, England, where they’ll stay. Arthur’s middle name is the same as his grandfather, Samuel Bird Griffin, who was named for his mother, Mary Bird. Arthur is born on November 1, 1888, and baptized on the 25th in St. Andrew’s Church in Backwell. Roger Martin is baptized just one day short of a year later on November 24th. His birthdate is October 10, 1889. And one year after Roger’s baptism, Dorothy Griffin is born on November 24, 1890. She’s baptized on January 25, 1891. As they married after the 1881 Census, we find the family almost complete in 1891. The address reads 80 Park Farm (not found on current GoogleMaps—but this may be it). John and Sarah Jane are shown with their four children, Dorothy entered almost as an afterthought between her older brother Roger and her uncle. John Sr’s brothers are also in the household: James Bromley and Ernest Bernard Griffin. The family also has one servant, indicating that they were doing reasonably well. On March 15, 1892, a final son, Charles Owen Griffin, is born. Charles is baptized at St. Andrew’s, on May 29th. John’s occupation is still listed as “farmer.” In 1901, the family is at 30 Hill View in Backwell. Again, it’s hard to distinguish on GoogleMaps which home this is. John is a “relieving officer” and son John Harold is a baker’s assistant. They don’t have a servant listed, but John’s aunt Jane, who is widowed, is living with them.

The job of a “Relieving Officer” was a precursor to modern day social services. They were responsible for assessing the poor of the districts and their eligibility for assistance.

John Sr.’s is still a relieving officer in 1911, with the added responsibility for “registrant of births and deaths.” Apparently, the combination of the two offices of relieving officer and of registrar of births and deaths frequently occurs and is found to be convenient. In the latter capacity the official deals with all births and deaths in the population. The eldest of their children have left, and John and Sarah Jane are living just with Roger (a baker’s assistant) and Dorothy (a governess). The youngest, Charles, is living with one of his uncles. They’re living at “Fairleigh, Flax Bourton.”

All of the Griffin boys enlisted during World War I.

A review of his military record indicates that the eldest, John Harold, enlisted with the New Zealand Expeditionary Force on November 16, 1915. He married Dorothy Wilkes in 1920 and raised his family in New Zealand.

Arthur Bird left for Canada with brother Charles in 1914. He enlisted with the Canadian Expeditionary Forces on August 31, 1915, just a month after the beginning of World War I. His enlistment paperwork suggests he had five years of military experience before enlisting. Arthur married Lily Moore one week after his enlistment. She was pregnant when he was shipped overseas. He returned to Canada and raised his family in Hamilton, Ontario.

Roger Martin enlisted in the British Armed Forces December, 1915 and was a guardsman and member of the Welsh Guard. He married his wife Irene Vincent Parker the following December. They raised their family near his parents in Flax Bourton.

Like her brothers, Dorothy Griffin also emigrated to Canada. Her exact involvement is unknown, but it is believed that she also joined the war effort. She married Robert Parry, who was a war veteran, in 1921. They raised their family in Calgary, Alberta. Son Alan Parry was a veteran of the second World War.

Son Charles Owen Griffin, as above, emigrated to Canada with his brother. His enlistment in the Canadian Expeditionary Forces came a full year after his brothers, in December 1916. His record shows a number of injuries the following year, when he convalesced in a hospital in England. He returned to the front and was killed in action on September 2, 1918. His name appears on Page 420 of the Canadian World War Book of Remembrance. He was interred not far from where he was killed, in the British Cemetery at Vis-en-Artois.

An article appeared in the Western Daily press upon John’s retirement. He was gifted an armchair by his co-workers: Sarah Jane died on March 8, 1931, in Somerset, England, at the age of 73. John Sr. survived her by six years, and died on December 3, 1937, still living at Fairleigh. His effects were auctioned the first week of January. The probate calendar records his death: Main image: All Saints’ Church, Kingston Seymour, Somerset (image via Wikimedia)

More About My Griffin Family 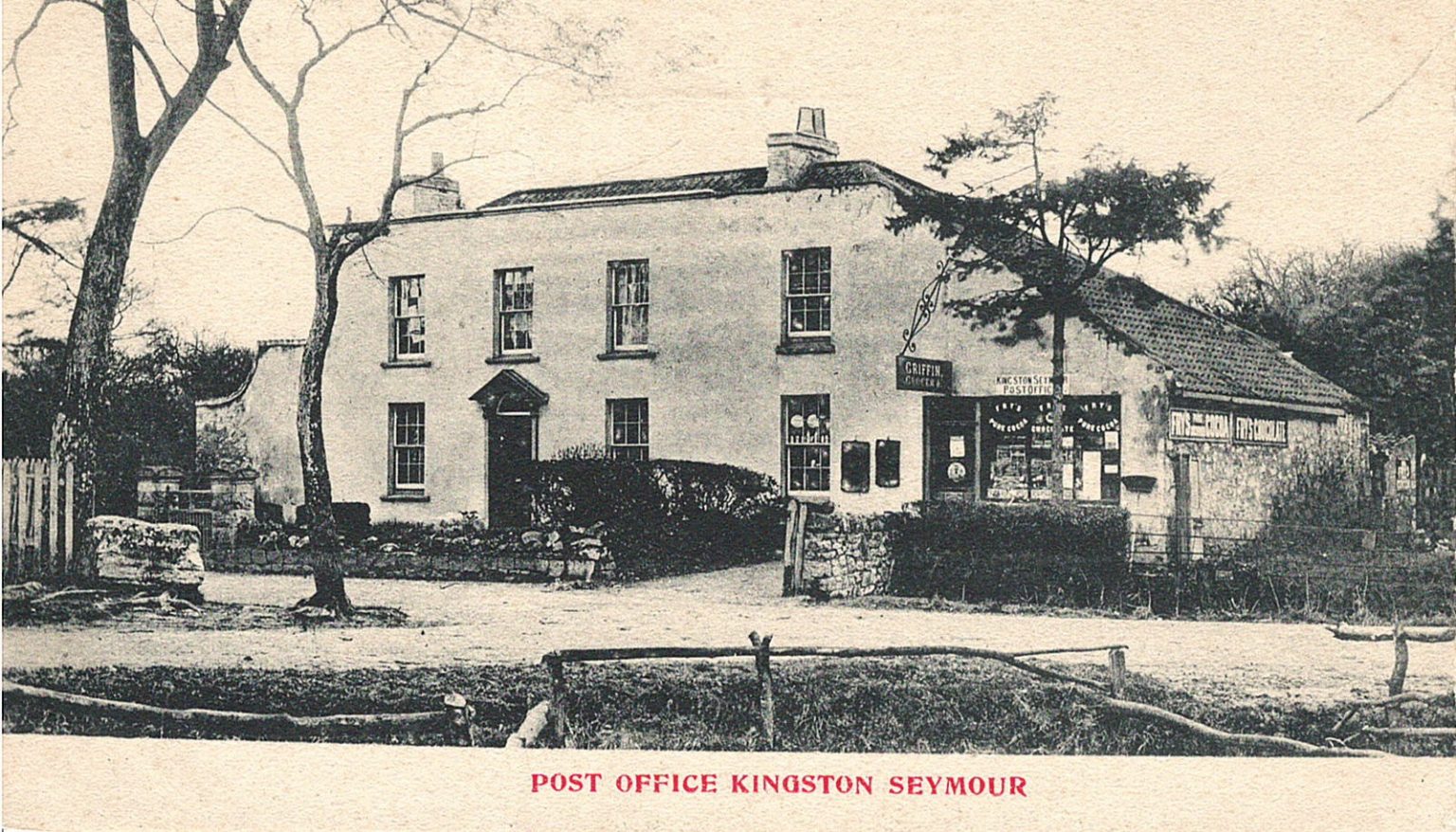 Isabella Griffin never married. She was the postmistress at the post office in Kingston Seymour, England.

END_OF_DOCUMENT_TOKEN_TO_BE_REPLACED

John Griffin married Sarah Jane Goodland on March 24, 1884, in the parish church of St. Paul in Kewstoke, Somerset, England. They had five sons and one daughter.

END_OF_DOCUMENT_TOKEN_TO_BE_REPLACED 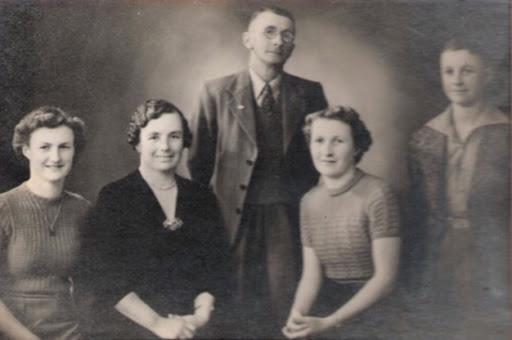 John Harold Griffin left his family in England and emigrated to New Zealand. After a stint in the military, he married Dorothy Wilkes and had a family.

END_OF_DOCUMENT_TOKEN_TO_BE_REPLACED 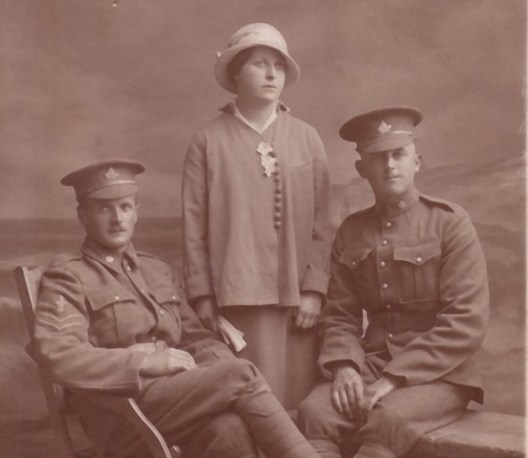 Both of Dorothy and Robert Parry’s sons excelled in academics prior to enlisting with the Royal Canadian Air Force. One of them was a prisoner of war in Germany.

Samuel Dutton, son of Edward Dutton, married Emma Podmore in Warrington, England. The couple emigrated to Canada and had one daughter. END_OF_DOCUMENT_TOKEN_TO_BE_REPLACED