Records suggest that Gertrude Webb was blind and attended Institute for Blind Welfare and School for the Partially Sighted in Fulwood, Preston, Lancashire. 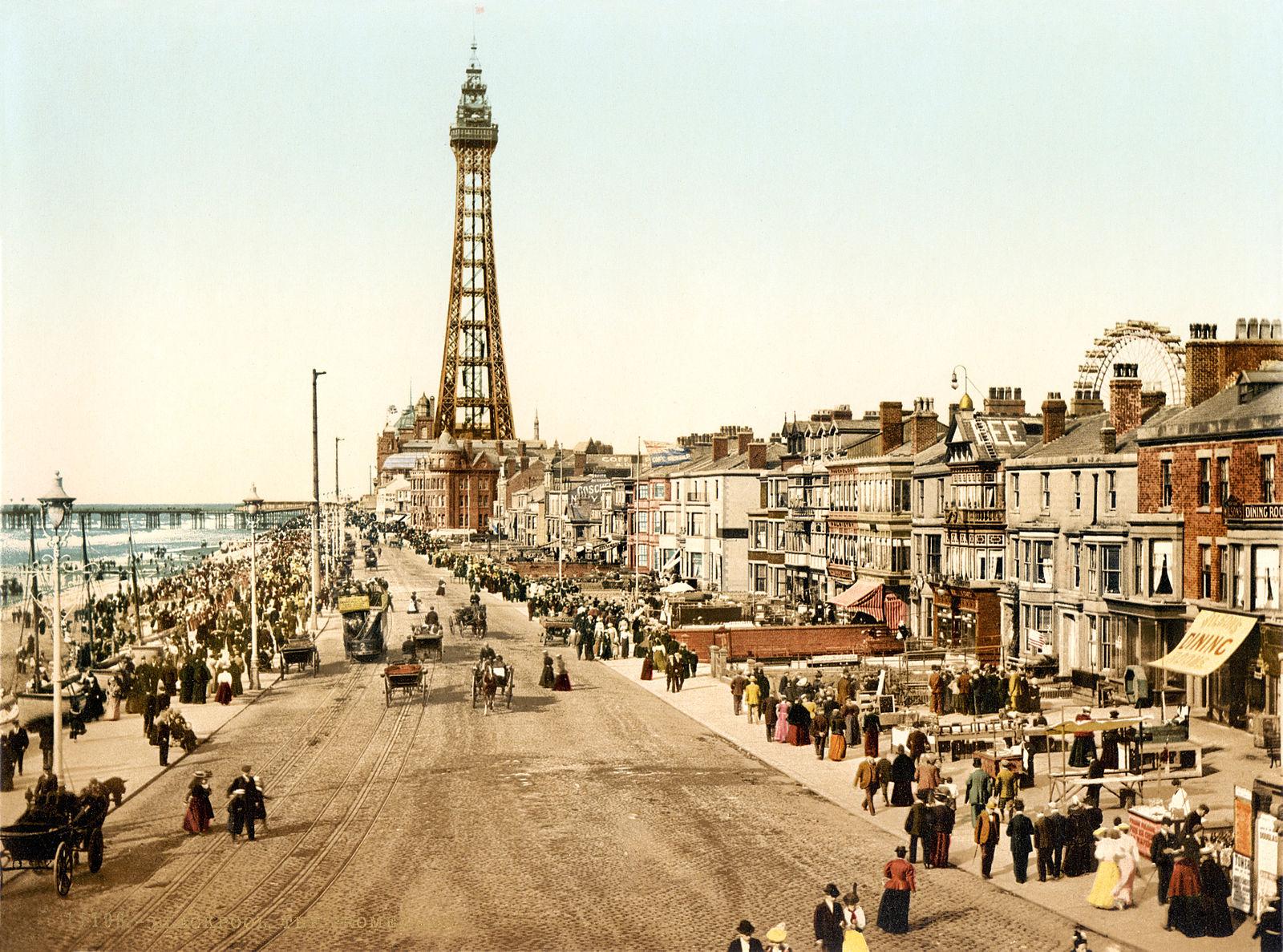 In 1911, Gertrude is back at home with her family.

On the 1939 Register, we find Gertrude Webb living at 36 Beech Avenue in Blackpool with Ellen Jones (whose birthdate is 1975, so likely the same Nellie Jones shown in the previous two censuses at her parent’s home).

Gertrude’s occupation appears to be “Net Braider.” Also listed are Irene Peacock (age 18) and her uncle, Charles Henry Dodd age 76 (her mother’s brother) Hilda Aston (eventually Linsley) and one more person who was born (possibly Irene’s child) after 1917. As she is 48 and unmarried, it’s likely that Gertrude did not have any children.

But even though Gertrude has not yet married in 1939, but the register was continually updated until 1952—and shows her married name as Povey with her maiden name crossed out. You may recall her father, Alfred Thomas Webb lived with a couple named Povey shortly after he was born. It is unknown if or how George’s parents are related to Thomas and Ann Povey.

Gertrude Webb married George Povey in 1943 in Blackpool, Lancashire, England. Gertrude was about 52 at the time of the marriage, and her husband was eight years her junior.

George Povey was born on September 10, 1898, in Chester, Cheshire, England, the son of William Povey and Mary.

On the 1939 Census, George is living with a wife, Marion (which suggests the reason for the late in life marriage to Gertrude). His occupation is “chair cainer (blind).” 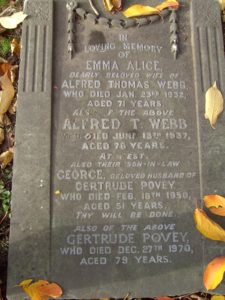 George died on February 18, 1950. Gertrude survived him by over twenty years, she died on December 27, 1970, aged 79 years. They are both buried with Gertrude’s parents at the Marton Cemetery in Blackpool.

Samuel Dutton, son of Edward Dutton, married Emma Podmore in Warrington, England. The couple emigrated to Canada and had one daughter. END_OF_DOCUMENT_TOKEN_TO_BE_REPLACED