I thought I'd be stuck in Rhode Island and never able to trace my Duffield family back to Ireland. With just one record, I was able to break through that brick wall. 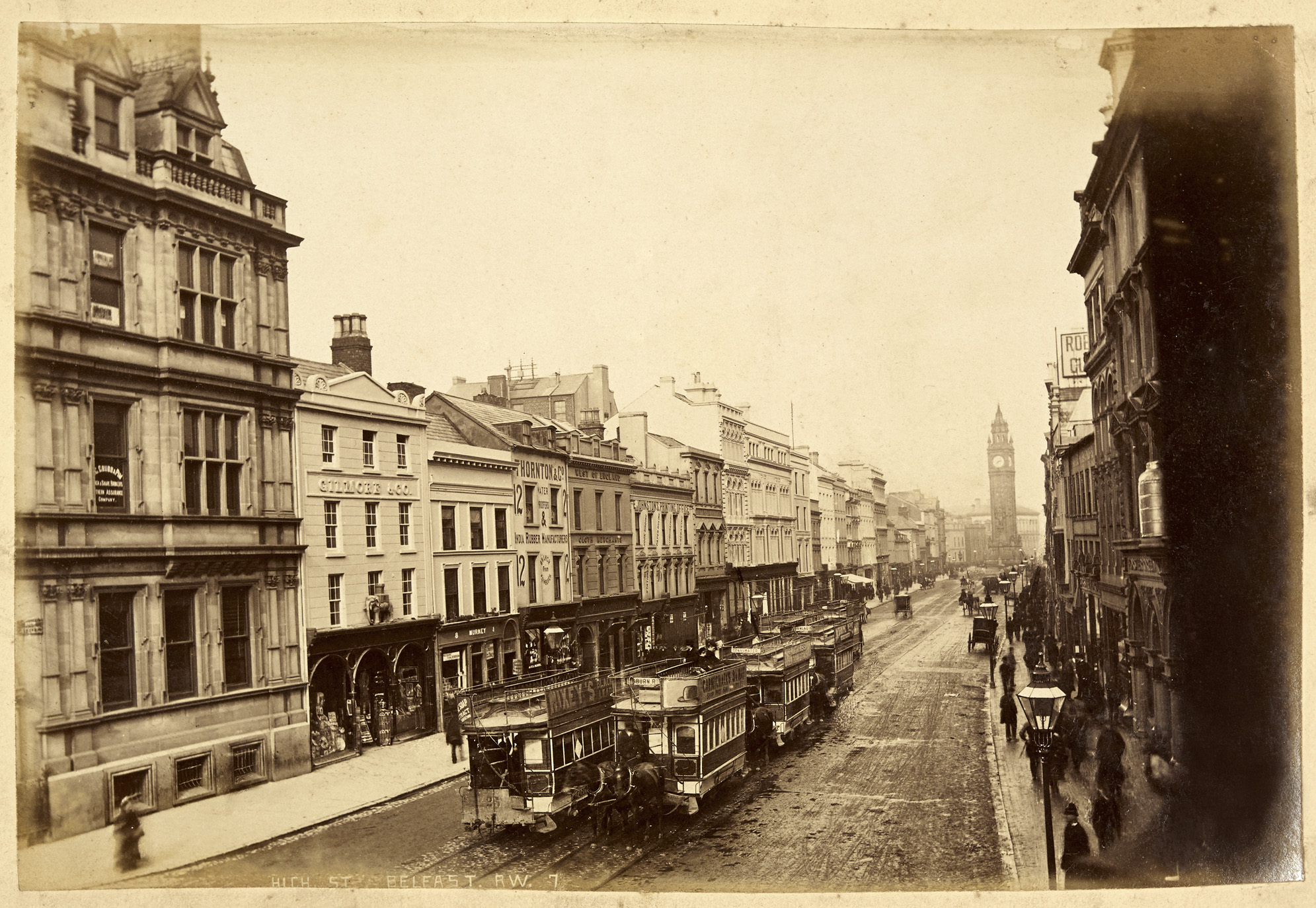 Tracing your ancestors back to Ireland is notoriously hard for several reasons. In many cases, Irish names were anglicized on arrival in North America, especially for those who were poor and had little education. Changing spellings makes it difficult to trace these ancestors especially if you don’t have a specific county or jurisdiction to look back to. Second, and more troubling, the records themselves are scarce. Unlike England’s records, where you can find a census record with the entire family and their ages listed, several of the censuses between 1840-1900 for Ireland were destroyed, either by fire or by error.

For these reasons, I didn’t expect that I would be able to trace my Irish families, the Duffields and the Robinsons, from their new home Rhode Island back to Ireland. However, in the past few weeks, I caught a break after ordering the birth certificate for Mary Ellen Duffield, who was born in Belfast, Ireland and emigrated with her parents, Samuel Duffield and Elizabeth Robinson. (I have since discovered that many of these records are available online for free.)

You’ll note that the address given at Mary Ellen’s birth was “Ulsterville Avenue.” This led me to immediately check out the directories for Belfast. The 1880 directory for Belfast has been transcribed online at https://www.lennonwylie.co.uk/. It suggests that Ulsterville Avenue is off Lisburn Road. The bottom entry is for “John Duffield, dairyman” – who we can confidently assume was Samuel’s father (as he is also listed on Samuel’s marriage certificate as a dairyman.)

There is not a number next to John Duffield’s name. Number 31, occupied by John Bullock, is currently a row house, as are the homes adjacent. I suspect that these homes date to a time after 1880, given there is “vacant ground” listed between the Bullock and Duffield households and the houses currently there are contiguous.

There are detailed fire maps for central parts of Belfast dated 1887, but not for the area of Lisburn Road and Ulsterville, which is on the outskirts of the city in this map from Lennon Wylie.

The death record for Samuel Duffield indicates his parents were John and Margaret Duffield. With this information, I looked for a marriage record for our John to a woman named Margaret. I quickly focused on a marriage dated March 6, 1857, in Belfast. The record lists John Duffield, a labourer and son of James Duffield (also a labourer) to Margaret Megaw, the daughter of William Megaw, a grocer. Having a father-in-law who was a grocer could explain how John went from labourer to dairyman. I start looking for more information on this couple.

According to the Belfast Newsletter, Margaret Duffield, widow of John Duffield, died on July 4, 1906, at the home of her daughter and son-in-law, Hugh and M.E. Young.

I started parsing through the documents about Mary Ellen Duffield to see if I can conclusively link the two families (my Samuel to this Mary Ellen) together. I start looking through the records of Hugh and Mary Ellen’s children and very quickly am able to confirm a match. Samuel Young, the first son of the couple, is born on Ulsterville Avenue. This information, combined with the fact that John Duffield in both cases was a dairyman confirms we have a match. This means:

In an attempt to be thorough, I add the family to the world tree on FamilySearch.org – and immediately find another child of John Duffield and Margaret Megaw. A birth record for Margaret Duffield (named for her mother) shows her born in Belfast to John Duffield and Margaret Megaw. And (mind-blown) it appears that after Margaret Duffield married her husband Robert James Hill, they had a few children before moving to Providence, Rhode Island. Further—it appears that the Hills moved to Providence a year before Samuel and his wife, suggesting that Samuel followed his sister there. Further, a border crossing record for two of the Hill sons suggests that they visited my 2x great grandmother, Mary Ellen Duffield after she had emigrated to Canada.

There are three community trees in Ancestry which have bits and pieces of this family. These trees also suggest there may be two more siblings – John Henry Duffield, who the trees suggest (without evidence attached) was born to Margaret Megaw before she married John Duffield and took his last name when the couple married. John Henry apparently settled in New Zealand. Thus far, I haven’t identified any records to confirm or deny this connection.

There is also a James Duffield, born in Belfast in 1858, who rose the ranks in the Leinster Regiment of the army to Lieutenant Colonel. His life is documented extensively, however, the name of his mother is elusive, and I have not been able to locate a birth record. I’m hoping if I can get a copy of his army records I will be able to confirm or refute the connection.

Regardless, I went from my Samuel being an only child and not being able to trace beyond his father to finding his mother, both of his grandfathers, two sisters and multiple new “cousins.” And all of this because I got a copy of my 2x great-grandmother’s birth record.

More on these families coming!

Samuel Dutton, son of Edward Dutton, married Emma Podmore in Warrington, England. The couple emigrated to Canada and had one daughter. END_OF_DOCUMENT_TOKEN_TO_BE_REPLACED