Eleanor Webb and Her “Husbands”

My great-aunt Eleanor Webb was a bit of an outlier - I wasn't even aware she existed until I found her marriage record in Ontario. 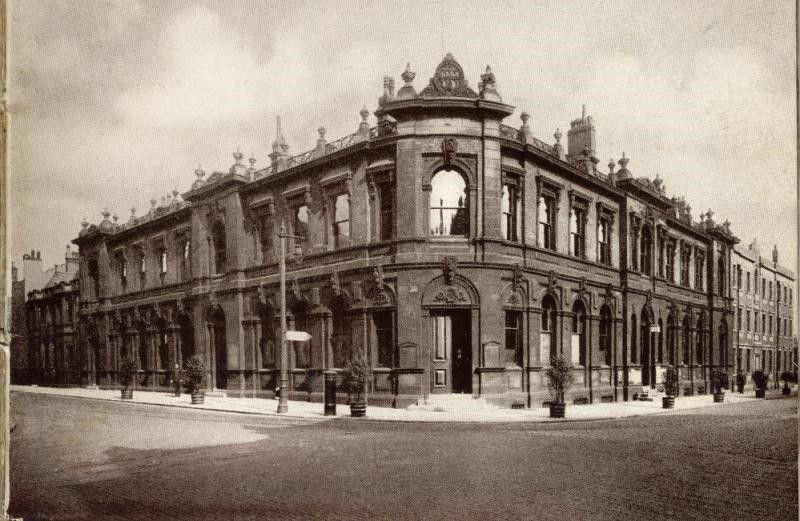 Post updated July 2020 to include information on the deaths of Eleanor and James Stephen.

When Eleanor (“Nellie”) Webb was born in 1893 in Wigan, Lancashire, England, her father, William Richard (1859-1942) was 34, and her mother, Elizabeth (nee Dutton) (1859-1943), was 34. Nellie was a bit of an outlier – I didn’t find a birth registration and wasn’t even aware she existed until I found a marriage record in Ontario indicating that William Richard and Elizabeth (née Dutton) were her parents.

Nellie had five brothers and three sisters. The family emigrated between 1903-1904 to Canada.

Joseph and Nellie had three children:

The couple’s first child was a baby boy, stillborn at Kingston General Hospital on July 3, 1908.

Lillian Mae Hackett is on Spadina Avenue in Toronto on July 5, 1912 (four years almost to the day after her brother). Lillian also died in infancy at just six months old on February 3, 1913. Cause of death is listed as peritonitis. Interesting—the place of death is Nellie’s parent’s address 85 Wellington Street North in Hamilton.

Eleanor Alice Hackett is born on October 1, 1913, in Toronto. The family is living at 221 Sumach Street in Toronto (there isn’t a home at that location at the time of writing).

Joseph is listed as a plumber on the birth registrations of both Lillie and Eleanor. Shortly after the younger Eleanor’s birth, it appears that Joseph and Nellie parted ways. After this point, I have not found any further records (including military or death) for Joseph.

Nellie may have remarried, possibly not (no marriage record has been located). However, Nellie is living with James Alexander Stephen by 1921. The younger and the older Eleanor have both taken the last name Stephen and are living at 84 Wellington Street North, across the street from the older Nellie’s parents at number 85 and possibly next door to brother William Alfred at number 89 (any homes at these addresses have since been replaced by apartment buildings and a strip mall). According to the record, James was born in Scotland in 1887.

James Alexander Stephen was born on June 2, in either 1886 or 1889 (depending on the record), in Keith, Banffshire, Scotland, the son of James Stephen and Jane Scott. His military record suggests he was living at 85 Wellington as early as November 1914, when he assigned his pay to “Miss M. Hackett.” It is unknown how “M. Hackett” is related to Joseph Hackett but given Nellie’s parents are living at 85 in 1921, it is possible that this is actually Nellie.

When Eleanor Alice marries, her last name is “Stephen” and she lists her James Stephen as her father.

Nellie subsequently married Joseph Rothwell (or…well…moved in with and took his name anyway). It appears that Joseph may have already had a child. The family stayed in Hamilton. Nellie died on February 19, 1962, and is interred in Woodland Cemetery.

Samuel Dutton, son of Edward Dutton, married Emma Podmore in Warrington, England. The couple emigrated to Canada and had one daughter. END_OF_DOCUMENT_TOKEN_TO_BE_REPLACED