Benjamin Bromley married Katherine Humphreys on May 15, 1758, in Berrington, Shropshire, England. They had seven children. 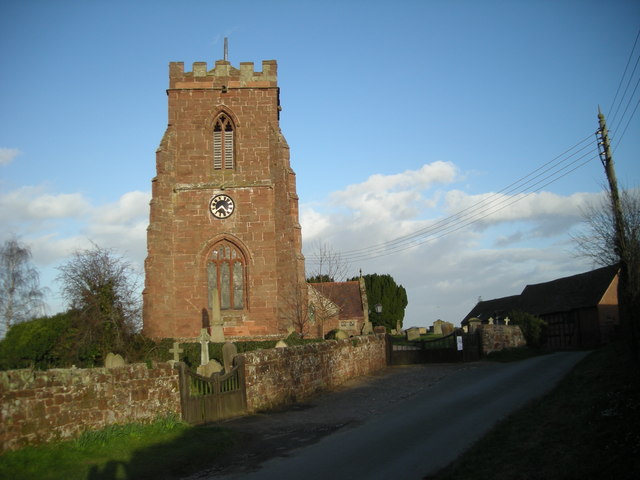 Benjamin Bromley was born in 1726 in Shropshire, England. At this time his parents are a brick wall in my research, but as my 6th great-grandfather, he has the distinction of being one of the most distant relatives I’ve been able to trace. And I’ve recently come across information that might trace this family even further, to the court of King Henry V (but hopefully, more on that later).

The couple are married by license with the consent of their parents, but as the date of the marriage precedes civil registration records, I have of yet not been able to trace either of their parents. Both Benjamin and Katherine are said to be members of the Berrington Parish, and they’re married at the All Saints Church. The marriage is performed by Daniel Austin, the same rector who baptized all of their children. Witnesses include William Bromley (who is likely related, but that relationship is currently unknown), and Edward Swanton.

Benjamin and Katherine had five daughters and two sons over 13 years.

Berrington is a very small village in Shropshire, England. Wikipedia reports that in 2001, the entire township reported a population of 30 people. The town was so small that the baptisms for 1759 through 1763 were recorded on just two pages of the parish register.

Mary Bromley, the first daughter of Benjamin and Katherine was baptized on April 4, 1759, at All Saints Church in Berrington, Shropshire (pictured). In some future records, she is Mary Elizabeth.

The couple’s next child is named for his father. Benjamin Bromley is baptized on March 13, 1765.

And as the last child was named for his father, the next is named for her mother. Katherine (in later documents Catherine) is baptized on July 2, 1767.

Elizabeth Bromley is the next daughter born, and baptized on December 29, 1769. This record refers to “Benjamin and Catherine Bromley of the Coatens.”

The couple’s final child was born in 1772. Kezia is baptized on October 8, 1772. Benjamin and Catherine are again “of the Coatens” – which suggests that their change of circumstances could have happened at some point between the baptism of Katherine and Elizabeth.

Benjamin Bromley died on March 6, 1779, in Berrington, Shropshire, England, at the age of 53. Kezia wouldn’t have yet reached her seventh birthday. A memorial chest tomb sits just outside of All Saints Church. The inscription, as described by Historic England: “Benjamin Bromley of Eyton and late of Cotons in this parish, died 3rd March 1779, aged 52.” According to the website, “The Cotons” refers to the Coton Farmhouse. I haven’t been able to confirm this link.

Outliving her husband by a full 39 years, Katherine (Humphreys) Bromley died on January 12, 1818, in Berrington, Shropshire, England, having lived a long life of 84 years, and was buried there.

More to come! Find out in my next post which of the couple’s seven children had children. (Surprisingly…there was only one, and they are (of course) in my direct line.) I’ve also recently come across some records at the Shropshire Archives that might prove enlightening.

After being discharged from the Canadian Expeditionary Forces, John James Joseph “Jack” McPhail married Annie George. The couple had five children together. END_OF_DOCUMENT_TOKEN_TO_BE_REPLACED

William Alfred Webb married Louie Shepherd on December 31, 1904, in Bradford, Lancashire, England. They had five children, but only two survived to adulthood. END_OF_DOCUMENT_TOKEN_TO_BE_REPLACED

Isabella Griffin never married. She was the postmistress at the post office in Kingston Seymour, England. END_OF_DOCUMENT_TOKEN_TO_BE_REPLACED